Up for sale is a 1965 Corvette Convertible. It is equipped with a 396-425 hp engine, 4 speed transmission, Positraction axle, side mounted exhaust and heavy duty suspension. The car is Tuxedo Black with red interior trim. It also features gold line tires and red leather seating areas which were added during restoration. The car was originally delivered in California, apparently intended for racing, as the radio, heater and soft top were deleted. The original Protecto-Plate is included, which documents the originality of the drive train. The original block has been replaced with a matching numbers, properly date coded block, but the remaining engine components appear to be original (heads, intake manifold carburetor, transistorized ignition, etc.) Engine has recently been fully remanufactured an runs flawlessly.The car was exhibited in the MCACN Corvette Legends display in 2015, and hasn't seen street use since that date. 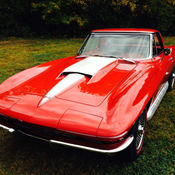 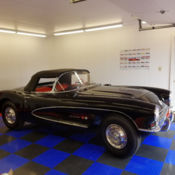 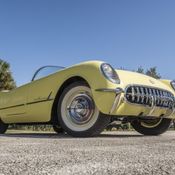 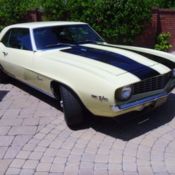 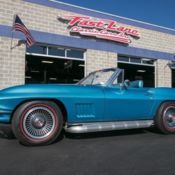 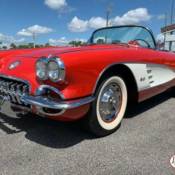 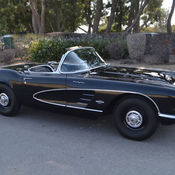 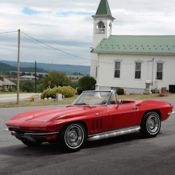 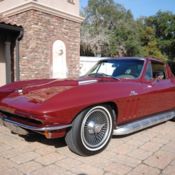 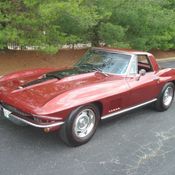