1951 Belair / Styleline 2 Door Hardtop. Car was rebuilt August 1951 in L.A. We purchased the vehicle out of Phoenix around 2009. The vehicle was purchased as displayed except for a few changes.
The engine that was already installed is a 1956 235 inline six ( F56Y). Powerglide was rebuilt around 2011, brakes were redone with the master cylinder filler moved to the firewall. New higher flow radiator added along with new tires.
The underside appears to be still very solid - someone did install a floor patch on the right side. Paint is still shiny with some light haze here and there - along with typical dents, dings, scratches, chips. Dents on back are the biggest - tape shows where in photo. Hood not aligned correctly with grille - Some of the rubber components require replacing. Interior requires finishing - the portion above the windshield frame (white vinyl) along with sunvisors and windlace down in front of the door panels. It could use new carpet. Someone previously had a newer bigger radio in dash - see photo.

Runs and drives - smokes a little but has been sitting for 8 years with a start up here and there. Transmission shifts nice, but the lever is stiff going into and out of park. The gas gauge and clock do not work. Could use new shocks. I have driven to a few local cruise-ins. Thermos set and ball cap not included.

This was my Dad's car - I drained the fuel tank, new plugs, and had the carb rebuilt. Runs good but has a slight leak at the top portion, maybe warped a little. Looking for a good deserving home - not a flipper.
Thank you for viewing. I can store the car (14 days) for you after receiving payment in full while you make arrangements. Arrangements are entirely in your ballpark. Car is For Sale Locally.
Car comes with a set of fender skirts, Smitty Mufflers, and extra trim. 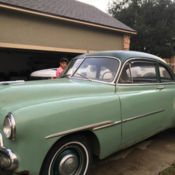 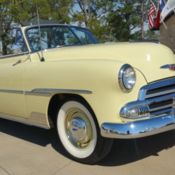 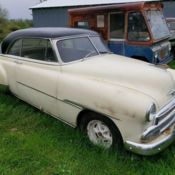 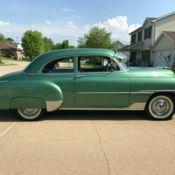 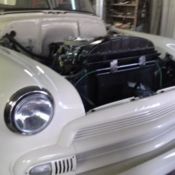 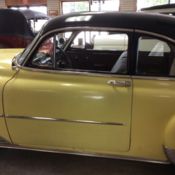 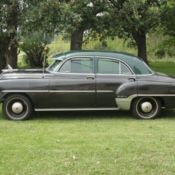 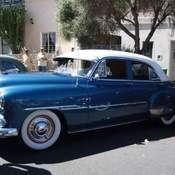 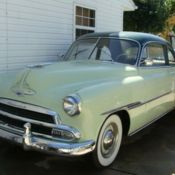 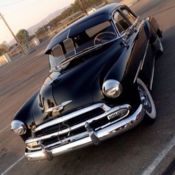