Up for sale is a 1978 Corvette L82. The car was converted to a Holley Projection Fuel Injection setup some time ago. I bought it as is, and spoke to the previous owner about what was done. The fuel injection worked fine and he had a mild cam installed in it and it "moved." He took it off the road because the suspension was rough, and this is the way it stayed. He claims to have had the transmission rebuilt and he had is son install all new bushings, rebuilt half-shafts, shocks, etc.The Body:The car looks to have been repainted at some point, but let me tell you that it is in very nice condition. The only flaw is the front bumper has a spot on it and the rear driver side fender has a crack from where it bolted to the bumper bracket. A previous owner had the car pinstriped as seen in some pictures. I rubbed out the passenger side and one side of the hood and it came off fine. I ordered new L82 emblems that originally came in red, and those are included with sale. Paint code is 10L which is Classic White, so this car is still stock in appearance. Only missing item I found is there is no spare tire tub, but there is a guy selling complete set on craigslist locally, that I could buy if winning bidder wants me to look into it. Tires are in great shape and have plenty of tread on them and are not dry-rotted in the least.The Interior:Trim Code is 292 which comes out to Dark Blue. Previous owner decided to start installing new parts and ordered a brand new carpet set which I took out and inspected. You know the price of this set if you know Corvettes. Unfortunately, he took one seat cover off and never installed new ones. He threw out the foam, but the cover is still with car. The other seat was left alone and is in driver quality and I would leave it. Headliner panels and t-top inserts are good and secure. The rear privacy cover works fine and is in great shape. But the challenge is the dash. He took it out and removed the vinyl from it. In doing so, he snapped the frame. Regardless, it is cheaper to buy an new dash with new blue vinyl. I planned to get these loose parts at Corvettes of Carlisle in August. I have two boxes of parts for the car, which include interior parts. I have not noticed anything missing at this point. Seat belts, rear access storage compartments are in the box, etc. (No radio included).Engine & Compartment:The motor turns freely and as seen in the pictures, has had work done. I pulled the valve covers to see what it looked like and as seen, it is clean and had ne rockers and pushrods put in at some point. The injection system and controller are off the car. I put it on for picture sake. It has a brand new set of wires and new distributor as seen. There is also a new aluminum radiator and yes, I have the radiator shroud, aftermarket aluminum fan, and has a new water pump on it. He painted the top end of the motor black and with that, painted an original set of LT1 valve covers...ugh. I was planing on putting this car back to stock and eliminating the fuel injection and simply put a Rochester carb on it. Winning bidder can do what he or she likes, but I hope I covered it all. Email or text me questions. I can be there for the transport and if you want to see it before you bid, please ask. Last time I sold a car on here the winning bidder never saw the car and then refused to pay after he came and looked. Winning bidder buys this car, no accidental bids or nonsense. This is a legally binding contract when you log in and hit that button. Matt 90eight 2five6 1nine7five 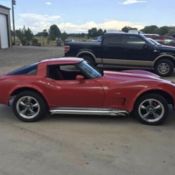 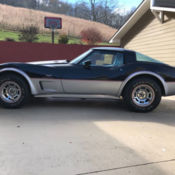 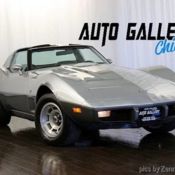 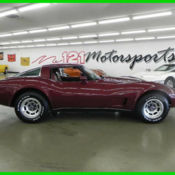 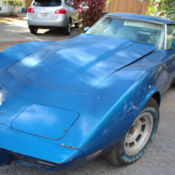 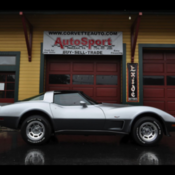 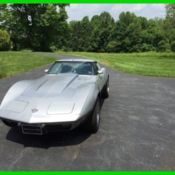 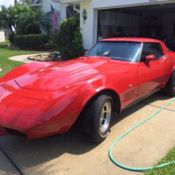 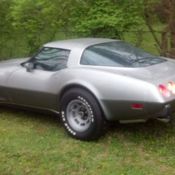 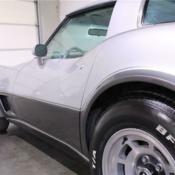