1964 Chevrolet Bel Air/150/210 . Condition is Used.
Original 283 engine, with non-original th350 transmission. Also, has the original license plate from 1964 mounted on the front.
FACTORY A/C Car. Has everything except the compressor.

Car has air shocks. They are functional. With air, the car has a normal ride-height.
Engine was supposedly rebuilt in the last 10 years. I cannot verify. Engine does start and run well. No mechanical issues that I am aware of.
The body appears to be in fair condition. I was unable to spot rust on the body itself. However, the rear quarter appears to have been in a fender-bender.
The interior isn't the best in the world. The floor pans are solid enough, if you wanted to build a rat-rod. However, I would recommend replacing if you wanted to build a nice-looking car.
I believe it has between 55-75k miles.
Car DOES run and drive. I was able to drive down the road and back, without issues. All lights appear to work. The brakes are functional. 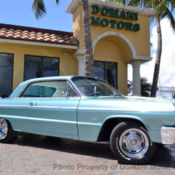 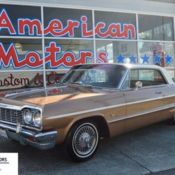 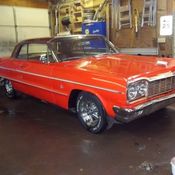 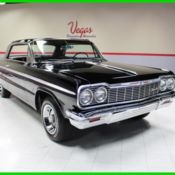 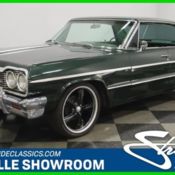 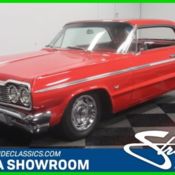 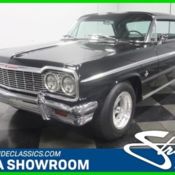 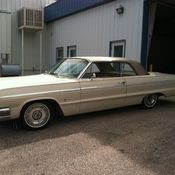 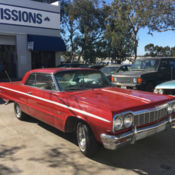 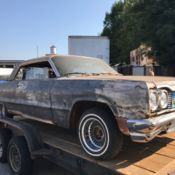