This car has never been restored. It was repainted. The original color was India Ivory (top) with Canyon Coral body color.

This car is currently owned by and was purchased new by my mother in December 26, 1956 at Mission Chevrolet in San Gabriel, California. Original invoice, bill of sale, owners manual, vehicle registration cards, service records, receipts and history of car included. Owned and driven in Southern California by my mother until 1977 when she sold it to her nephew. He had it repainted, recovered the seats and new carpet in 1977. He stored it in an outbuilding and took it to car shows occasionally. Receipts for service and registration from that era also included. It was then sold back to my mother in 2001 and kept in my warehouse since then and is now in my garage.

Body: The car has almost all of its original trim. The trim is in good condition and has a few dents. It has the original California 1-piece front bumper and original dealer installed option bumper guards. The rear bumper was re-chromed many years ago and has not held up as well as the original chrome on the rest of the car. There was some minor damage on the left rear that was repaired (body filler) and that side is missing the Chevrolet script logo. There is a small dent on the roof, and a dent in the trunk lid. There is some rust on the front fender bottom by the door and sill.

Interior: The seats were re-covered sometime in the 1980s, the original cloth may still be underneath. Door panels are original. Headliner was replaced. Has the original AM Radio (dealer installed option) and heater.

The wheels are original, including the spare. It comes with a set of Bel Air wheel covers (vintage, original) which my cousin added, he also put on the old-style wide white Goodyear tires. The date code on the tires is 1995.

I believe all the glass is original. The driver side window is cracked. The rear driver side glass has a chip in it (looks like a BB gun). There is also a chip in the windshield.

The car runs and drives, however I have only driven it a handful of times in the past 20 years. In the past couple years I rebuilt the Treadle Vac power brake booster, replaced the brake hoses and the front wheel cylinders. I am including new rear wheel cylinders, brake shoes and a pair of brake drums. When I was working on it I realized the front drums are original (riveted) and the upper ball joints are also original. I am including the 1963 yellow on black California plates from the car (I think California replaced the originals in 1963) and Mission Chevrolet license plate frames. The car is almost all original and complete and deserves a good overhaul or full restoration.

Buyer to pay $500 cash deposit within 48 hours (PayPal), and full amount due in 7 days (cash in person or wire transfer). Car must be picked up within 2 weeks. 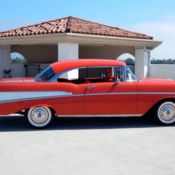 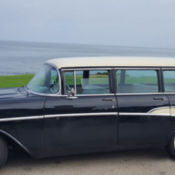 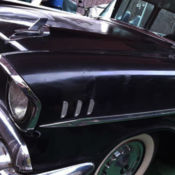 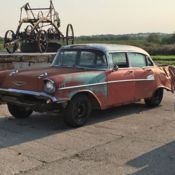 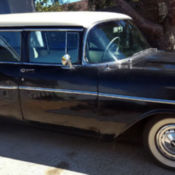 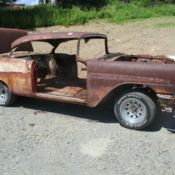 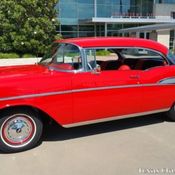 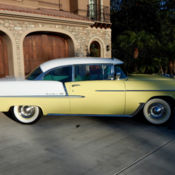 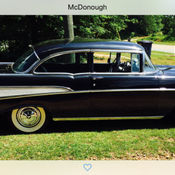 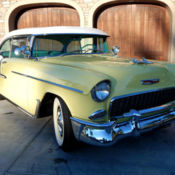