Chevrolet Blazer . Condition is Used.1972 Blazer 4x4, I have owned this Blazer since Feb., 2007. I purchased it in Denver, CO. The previous owner purchased it in 2005 from a gentleman in North Platte, NE, and he thought it was from that area since new. It was in "better than average" condition when I bought it. Since then I have replaced all the glass, the tailgate, and exterior trim and bumpers. I replaced the Target 350 with an overhauled 400 small block bored to 406 cubic inches. The Rochester Quadrajet 4 bbl carb was new at the time of purchase. The body was in "better than average " condition. There were some rusty components, however, and I replaced the rear wheel houses, the rocker boxes, and repaired the rust spots on the body, These were small and were repaired with weld-in 16 gauge metal prior to finishing and painting (some additional photos are available). Painting was finished this Spring. It has a 4" Rough Country suspension lift and I installed a front 1 1/8" anti-sway bar from an '88 4x4 Suburban, which greatly improved the handling and stability.The seats were not original when I bought the Blazer. I replaced them with some new Silverado cloth bucket seats with console about 2015. The back seat cloth and interior panels were replaced in similar material. The odometer reads 63,749 miles. The mileage is probably 163,749, as I'm relatively sure the odometer has been around once. The AM radio has been replaced with a Pioneer AM/FM Stereo unit with 5 speakers powered by a Sony Xplode amplifier. Most, or all, of the steering wear items have been replaced as needed. I have receipts from the early 2000's.
I had some extra 8 x 15 Chevy Truck Rally Wheels that were sandblasted, primed and painted that I don't need any more so I have included them in the listing. See photos.
Here is some additional drivetrain information:
Engine: 1970 406, 4-bolt main, small block chevy engine (installed in 2010) Comp cam (see photo of spec tag) Edelbrock aluminum intake Quadrajet carb. HD Chevy cast iron heads with 1.94 intakes and sodium filled exhaust valves Flat top pistons with 10.0 :1 compression ratio, Hedman headers with 2 1/2" mandrel bent exhaust and Flo Pro mufflers. New 800 cca DuraLast battery June 2020.
Transmission: Turbo Hydromatic 350 (It is shown rebuilt in 2003 on a previous ad) with TCI deep trans fluid pan, and has a B & M floor shifter.
Transfer Case: New Process NP205, cast iron transfer case
Differentials: Rear- GM truck 12 bolt open with 3.08 gears Front- Dana
Wheels and tires- 15 x 10 " wheels BFG 33 x 12.50R15 LT BF Goodrich Mud Terrain T/A's (80% rubber)
If you have any questions please ask, I will reply as quickly as possible. This Blazer is also advertised locally and I reserve the right to end the listing at any time. Thank you for your interest. 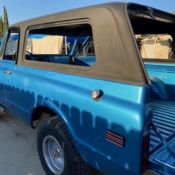 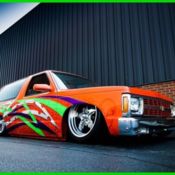 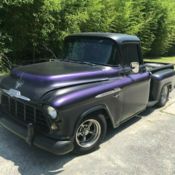 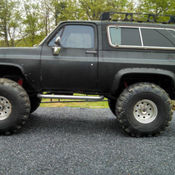 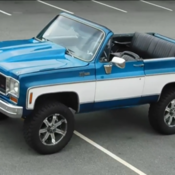 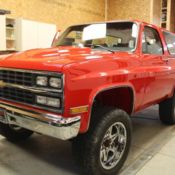 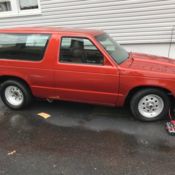 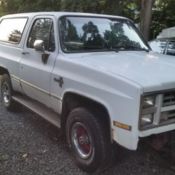 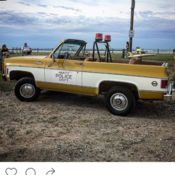 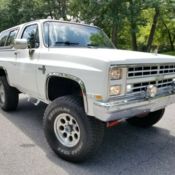