One the finest 94-96 LT1 equipped GM wagons left. The LT1 engine in the car is the Corvette derivative that was developed for the Police sedan version and was offered as an option on the 1994-96 Caprices. The cast iron head instead of the aluminum head used on the Corvette has shown the engine to be very durable over the years. White with electric blue Rallye stripes. GM Heritage fender emblems from 60â€™s vintage Chevyâ€™s. Hobie pads and straps to carry your surfboard on the rack. Grey velour interior in excellent condition. Second owner with first owner being a retired Tucson couple. Always well taken care of. Arizona and CA car since new with service records since 2005 and from 1994 to 2005 it was serviced at the local Chevy dealer where it was purchased. Serious buyers are welcome to scanned copies of the records. I also have scanned copies of the passed smog tests since I bought it in 2013 â€“ it has passed smog in AZ and CA. No known wrecks other than a minor fender bender I had where I knocked out the drivers side headlight and put a small crease in the hood. It was repaired properly.

Approximately 167K miles â€“ it drives great and gets up to 25MPG on the highway. No major issues with this car â€“ just some small things I have not taken the time to fix. I just had the car serviced (4/21/2020) to have an intermittent check engine light diagnosed â€“ it was one of the O2 sensors so I had both replaced. I also had the garage do a once over on the car to see anything it needed. They came up with that it could use new valve cover and oil pan gaskets, new front shocks, and transmission output shift seal. The tires are about 50% and when the front end bottoms the wide tires slightly scrub the inner fender well. The only other thing I know the car needs is the passenger side rear window regulator needs new plastic slides. I did them on the front windows and you can buy the slides on eBay for $12 for 6 of them. Custom wheels and rear exhaust with Silverline tips. The car was not intended as a â€œshow carâ€ but as a â€œdriverâ€ from AZ to CA to hold all my boat parts:) However, it gets lots of attention anywhere I park it and is usually the hit of â€œCars and Coffeeâ€™sâ€.

Only being sold due to upcoming sailboat cruise with no good long term storage options for my cars. Hagerty Collector car insurance names the 1994-1996 Buick Roadmaster wagons and a Top 10 best collector car buys in 2019. Those who are knowledgeable about these cars prefer the non-woody sided Chevyâ€™s over the Buickâ€™s. The Chevy wagons are much more rare as well. Hagerty gives a value range of $13.3K to $18.3K for the Buicks. 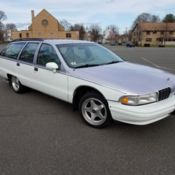 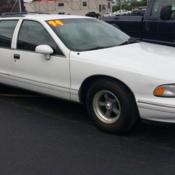 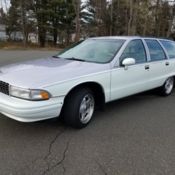 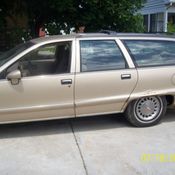 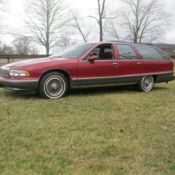 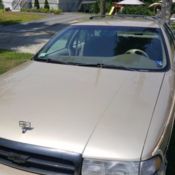 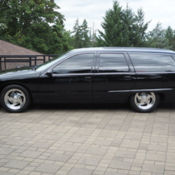 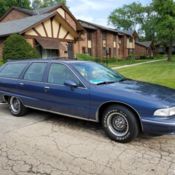 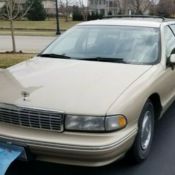 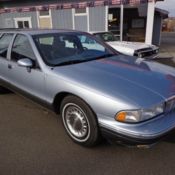