The C3 Corvette is the longest running, perhaps most frequently
redesigned iterations of an American icon. From 1968 to 1982, the
Corvette received a variety of subtle facelifts and styling changes that
eventually made the first and final years entirely different cars.
Because of this, it is very easy to have a specific C3 Corvette year
preference.

1974 was a busy year for the Corvette as far as new additions and
changes go. The transition to "soft" bumpers was complete in 74' with
the new body colored urethane plastic rear bumpers debuting. The
1974 Corvette was the last model year without catalytic converters,
and the last of the era to feature true dual exhaust. The radiators were
redesigned to be more efficient at low speeds to prevent overheating.
Magnets were installed in the power steering units to collect fluid
debris. Also shoulder belts were added to lap belts in coupe models
for the first time.

The odometer on this â€™74 reads 35,295, and is believed to be the original
miles to the body and frame. This Corvette was originally a big block
car, although the original 454 was replaced, the sought after 4 speed
manual transmission and rear end are original to the car. Options for
this 1974 Chevrolet Corvette include: AM/FM Radio, T-Tops, Power
Steering, Tilt/Telescopic Wheel, Seat Belts, Anti-Theft System, Vinyl
Interior, Rally Wheels, and Radial Tires. The installed 454 CID big block
V8 features a 770 CFM Holley carburetor. Only 3,494 Corvettes in 1974
featured the M21 4-speed manual. This M21 shifts perfectly and
transfers the power to the 3.36 rear end with ease.

In 2007 this Corvette underwent a mini restoration. The paint was
taken down to the gel coat, it was primed, blocked, colored, and
cleared. As you can see from the photos, they did an amazing job!
New points, coil, and ignition were installed, as well as new weather
stripping on the doors and T-top (which does not leak!), and a new
heat shield on the hood. The white exterior paint still looks great from
the 2007 repaint, and the original brown vinyl interior accents that
white exterior perfectly. The wood grain steering wheel matches the
interior to a T and adds a touch of class to the already great car.

The interior is perhaps the most impressively preserved portion of the
vehicle. The seats are original material, and show extremely minimal
wear given the age of the car. Anyone who has spent time in both
restored and survivor cars can certainly vouch that there is a different
feel between the two. A survivor car just has that â€œold car feelâ€ to it that
many restored vehicles, no matter how accurately done, simply cannot
seem to recapture. As a whole, the interior is in excellent original
condition and can be enjoyed as-is.

Straight out of 1974, this is structurally sound, with very limited areas
of surface rust, clean floor pans, and just solid goodness underneath.
Racy C3 suspension on front and rear, and 4-wheel disc brakes are all
around. Brakes and rotors are in excellent shape, as are the tires.

A turn of the key and we are in auditory heaven with the deep throaty
power of the 454 V8, and you can feel it in the seat of your pants.
Smooth shifter with a good clutch, rail like handling, and lots-o-power.
It is a thrill to drive, and will bring you back to the days when cars were
cars, if you know what I mean.

If you need more photos, let me know. I have plenty. 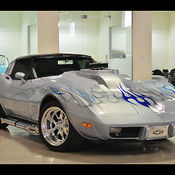 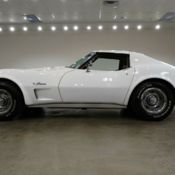 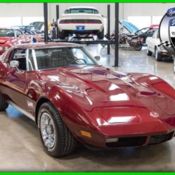 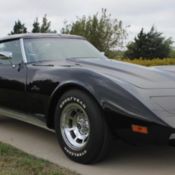 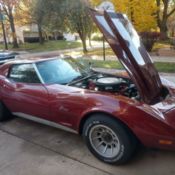 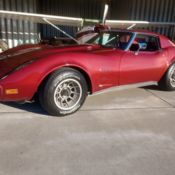 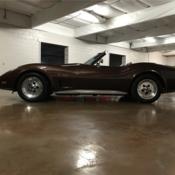 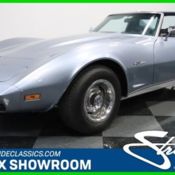 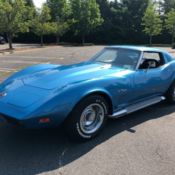 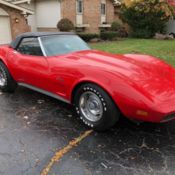