About this vehicleThis 1981 Chevrolet Corvette is a modified vehicle. The owner has had it for 1 year. The vehicle is drivable and is mainly used for weekend drives.Seller's Noteshttps://youtu.be/2xq2szErFQI. walk aroundhttps://youtu.be/4ZvdZoE7Va8 driving video worth a thousand pictures so here are a couple of short videos. this is good running driving car. it needs things to be completed. a lot of parts have been replaced on it it does have an exhaust leak and has had one since I have owned it it would be a cheap fix it's not something that I have made priority though. it needs the bushings replaced in the driver side door. this car has never failed to start on the coldest days . the choke is not hooked up so it is a bit cold naturedExteriorInteriornew carpet kit installed front to back door panels are in poor condition but I do have them they're in the back as well as several spare parts. Feel free to text with any questions 423-612-7538Engineengine runs very well. was rebuilt shortly before I purchase the car less than 10000 miles but no paperwork. many new parts. off the top of my head alternator, starter, plug wires, carb (rebuilt Holley 650) all front suspension components. rear snubber bushing. it's sitting on four brand new BFG tires. there has been a lot of time invested into this car but it is still project.... although it is a project that can be driven. it definitely gets comments and turns heads when driven or even uncovered.Deposits are nonrefundable.Created on the eBay Motors app
On Mar-08-20 at 12:26:28 PDT, seller added the following information:

Overall this car runs and drives well. It's not a show car and needs odds-and-ends. It has new tires and all the front end suspension components are new. The engine was rebuilt before I purchased if I don't have any paperwork on it but it is very clean and a very good runner. Put a rebuilt Holley 650 carburetor on it. It has a new alternator new starter many other new parts.It has all new carpet installed could use a good vacuuming. The dash pad has a few cracks in it which is pretty typical. plaza aftermarket stereo to go in it but it is not installed at the moment.I have several spare parts including manual and power window regulators so you could go whichever way you preferred I was going to switch it to manual windows for the simplicity. As mentioned above it does have a small exhaust leak a section of pipe was put in that's about 6 in long and it is clamped instead of welded so it's a little loud up front because of that leak but it would be very cheap to have it welded in place.more than willing to answer any questions you may have you can shoot me a text at any time my numbers 423-612-7538. 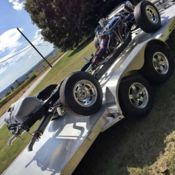 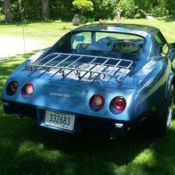 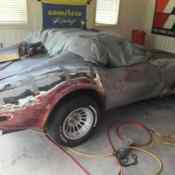 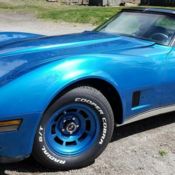 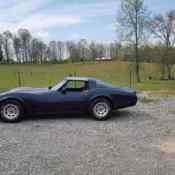 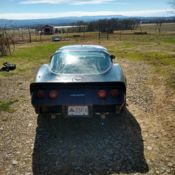 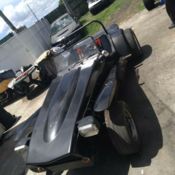 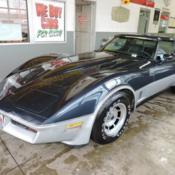 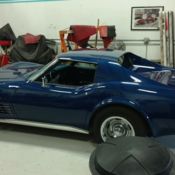