Wow, Where to Start on this Beautiful Car. This 1970 Mulsanne Blue LT1 Convertible was purchased by my Dad back in the early 1980's to stick back in storage and one day Restore this Car, He ended up selling this Car to a friend in the late 1980's pending that we were to restore the car. This Car went through a Complete Frame Off Restoration that was Completed in 1994, just in time for the Silver Salute and Gold Certification at Bloomington in 1995. The Car was then Sold to a Corvette Collector who Favored LT1 Corvettes. He Had This Car Judged at the NCRS Regional Event in Joplin, MO in 1996 with a Score of 94.9 Top Flight. The Owner had planned to have it judged again to get a higher score and ended up not showing it again. This Car has been in Storage and Driven Regularly, but only a little over 600 miles since it was restored. The Miles on the Car are Original at 66,842. This Car is fully Documented with the Owner History and The Factory Tank Sticker. The Mulsanne Blue Paint is Beautiful PPG Lacquer, It does still show very Nice. Interior is Bright Blue Vinyl and all gauges and options work as they should. The Black Convertible Top Fits Great, But Does have some flaws, A new date Coded Black top comes with the Car, I just Could Not Justify installing it. The Engine and transmission runs and shifts just as original. The Engine and Undercarriage are Clean, But not Crisp and Would need to be detailed to be back in Top Flight Condition. This Car is a Power Brake Manual Steering Car with Stereo Radio Option. This Car has the Factory Goodyear White Letter Tires that are pictured on the car for Show and another set of Reproduction Firestone Wide Oval Radial Tires for Driving. I believe the Rarity of this car and Collect-ability of being a LT1 and Convertible Option and Low Production Due to Strike in 1970 make this car a true investment. This may be the first time this car has ever publicly been offered for sale. Feel Free to email or call us with questions. Thanks Andy 870-932-2388 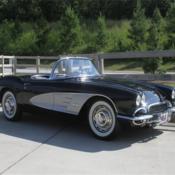 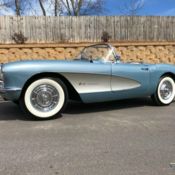 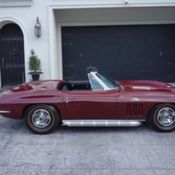 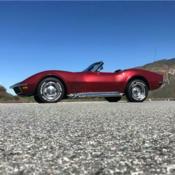 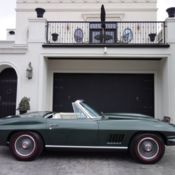 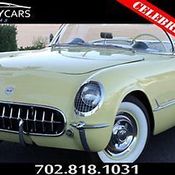 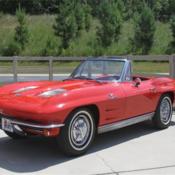 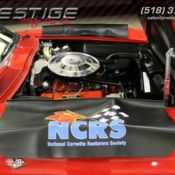 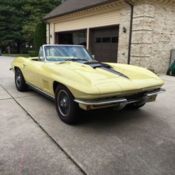 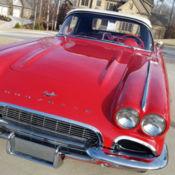