i have my 1976 Cosworth Vega #2226, this car has been in the nevada desert most of it's life other than being in california for a short period. Prior to me purchasing the car it had sat for 15 yrs in the sun so needless to say it was going to need a ground up resto.So i joined the cosworth vega owners club to purchase a lot of parts that i was going to need,plus being able to get hooked up with others that were selling or parting out other cars.So i started out first at getting the running gear sorted out and running,Motor had been rebuilt while in california just before it came to Nevada where the owner that i bought it from could not get it running so let it sit (timing belt had broke),so i pulled the motor apart to check everything out head was sent to machine shop to be checked and was fine.So i put a new head gasket on it and new timing belt along with gaskets new on top end.And now runs like a top.All new interior, with the exception of the headliner(needs to be replaced) which is basically peg board,all new carpet,floor mats,like new dash pad installed,along with complete LED lights through out the car,in the dash,outside markers,tail lights,license plate bulbs ect..ect.It has new tires new 3 core aluminum radiator with 2 10" electric fans.There are gauges in the car like a tach and water temp and oil psi along with a fuel psi on the outside,the factory gauges in the dash work except the tach and the clock,both can be fixed fairly easy. It has a new windshield,tinted windows in back. The car has had all the body work done with the exception of a small spot in the spare tire well (in pictures) there will be a repair patch that will come with the car for that spot from another doner car for whom ever wins the bid.Then completely WRAPPED ..That's right i said WRAPPED in black gloss vinyl,the down side sorta speak is i wish i would have put a sealant on the body prior to the wrap being installed but other than that it looks awesome,it has the genuine cosworth sticker kit installed.It has a spoiler on the front and factory wing on the rear hatch. It has the factory five speed with a custom shift knob i had made.I also replaced the old cable style clutch with a HYDRAULIC style so it's really easy to push that pedal now.Also has the 4:11 with limited slip diff.I could go on and on with all the stuff that was done but by the time i was done you would be asleep, by now your probably dozing off haha.UMMM i guess happy bidding and if there's any questions feel free to message me.I also have pictures from start to finish along the way. BUYER IS RESPONSIBLE FOR SHIPPING HOWEVER IT IS FREE LOCAL PICKUP!!! 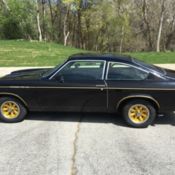 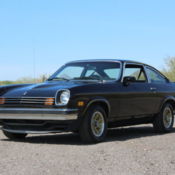 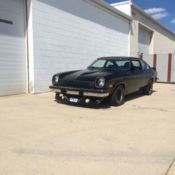 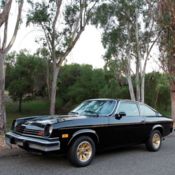 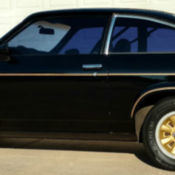 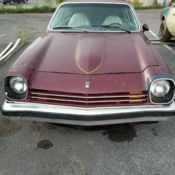 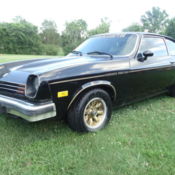 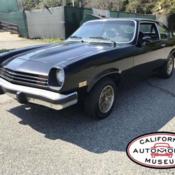 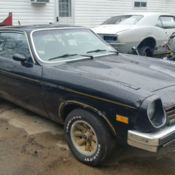 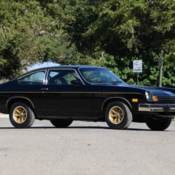