The formula was a good one: take a lightweight car like the Chevy II and stuff it full of small block V8. This 1964 Chevy II (also known as the Nova) is a road-ready example of that formula in action, nd it offers a host of upgrades to make it a first-class cruiser with a ton of eyeball appeal. And yes, t's a real SS!Bright colors like the vivid red paint on this Nova help give Chevy's compact a bigger presence. They're not big cars, hich is why they're so potent out on the road, ut in high-visibility colors you have no choice but to treat them with respect. The paint and bodywork on this car are several years old and the paint remains in excellent condition with only a few signs of age and use. It's not perfect, f course, ut if you like to drive, here aren't many better Bowties for the job. The steel underneath is quite straight and shows off good gaps, uggesting that when the work was done, hey took their time, nd the cowl induction hood is a nice addition. Nice chrome, ncluding the factory grille and the 'Nova SS' logos on the front fenders, ives it just enough flash to get some attention as you go rolling past.The interior is extremely well done, ffering newer seat covers and carpets, ll in bright red to match the car's extroverted bodywork. Buckets are a nice find and the rest of the interior pretty much sticks to the factory recipe. If it was replaced, t was quite a while ago, ut if it's original it's remarkably well preserved, nd its condition really could go either way. The floor-shifted automatic has its own neat little consolette and the three-spoke steering wheel was a Chevy favorite for years, dding a sporty look. Even in an SS, he gauge package was little more than the speedometer and fuel gauge, nd they appear to be original, ot restored, o you know the car has led a pretty good life. The original radio still lives in that bright panel in the center of the dash and a Nova SS badge was added to the glove box to help the folks inside remember that this is a special little car. The trunk was neatly restored using correct spatter-finish paint and for a little car, here sure is plenty of trunk space, aking it idea for road trips. Due to pressure from sales of the all-new Chevelle, he Nova's option list finally received a 283 cubic inch V8 in 1964, nd that's what's under the hood of this red 2-door. Using authentic finishes and equipment combined with a few dress-up pieces, t has a great period performance look. Upgrades ranging from the billet aluminum air cleaner and valve covers to a 4-barrel Edelbrock carburetor mean that looks as great as it runs. However, ith Chevy Orange paint and ram's horn exhaust manifolds, t also looks like it might have in 1966 once it had a chance to hit the streets a bit. The 2-speed PowerGlide automatic transmission is plenty tough for V8 duty and channels power to the original rear end. A newer Flowmaster dual exhaust system gives it a sinister voice and you'll note that the chassis really is in nice shape. Classic polished Torque Thrust wheels really fill the wheel wells yet keep the '60s performance look and carry 195/60/15 front and 205/65/15 rear performance radials.A slick V8 SS that has an awesome look with a high-visibility punch. If you like the promise of light weight and horsepower, hen perhaps this car deserves a closer look. Call today! 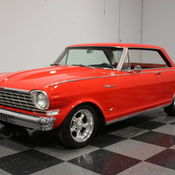 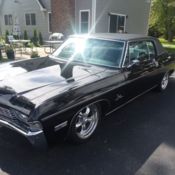 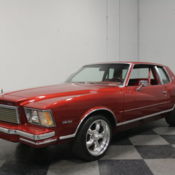 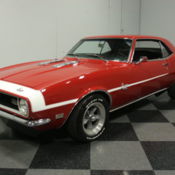 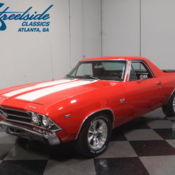 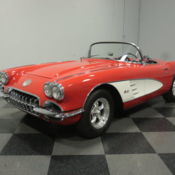 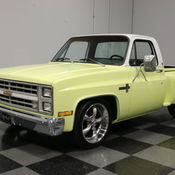 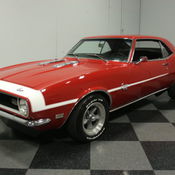 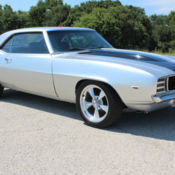 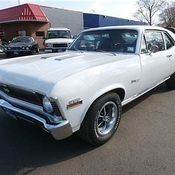