In addition to these features, each Indy Pace Car Corvette replica owner would receive a set of regalia decals that they could install at their discretion.The interior of the Corvette Pace Car was directly influenced byBill Mitchelland featured either full silver leather or leather/gray cloth upholstery and gray carpeting. For the 1978 Pace Car,Chevroletintroduced a new, thin-shell seat design that featured more lumbar support. Although these seats were originally slated for the1979model, the development program was accelerated so that these new seats could be introduced in the 1978 Pace Car package.

The Corvette Indy Pace Car also featured a special front and rear spoiler, both of which were designed to add a more dramatic appearance to the car

6,502 Pace Cars were produced in 1978 - one for every Chevrolet Dealer in the United States

Less than 700 were equipped with the 4-speed manual transmission

The 1978 Corvette Pace Car VIN numbers had the number "9" as the eighth digit in the thirteen-digit sequence as opposed to the number "4" associated with all other 1978 models.

This car is in great shape cosmetically - It always gets attention anywhere I take it.

It had been sitting for years before I got it, so Ireplaced the front calipers (they were frozen), brake pads, and rubber lines. I kept the stock parts, and they will go with the car. It's a little cold blooded, so the carb will need some adjusting, and I don't know when it had its last tune up. It runs good down the road, but the steering wheel is a little off, so it'll need an alignment. Tires have less than 500 miles on them. The weather-stripping is getting old and crumbly above the doors. Seats and carpet are in good shape. It had been painted once in its life, and they did a REAL nice job on it. The car shines up very well. It's missing the cruise control part that sits on the intake, most likely because it didn't fit with the Edelbrock intake the car currently has. A/C compressor is on the car, but it is missing a section of line. I'm not sure if it's functional, but the compressor is not frozen. Headlights work, but they go up real slow.. sometimes not at all. They can be gently encouraged to raise and lower.

All in all, its a nice piece of Corvette history that will only appreciate with time. It needs a little tinkering here and there, but it runs, drives, stops, and steers well enough to enjoy as a driver. This would be an EASY winter project.

I can hold the car for up to two weeks after the auction ends. High bidder responsible for shipping.A $500 deposit is required within 48 hours of the auction end 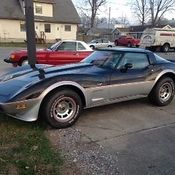 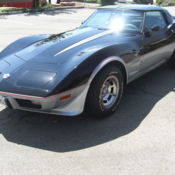 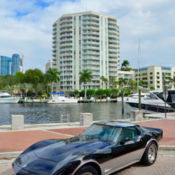 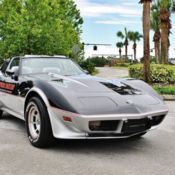 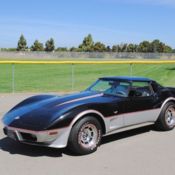 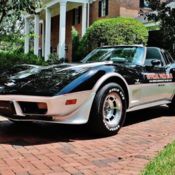 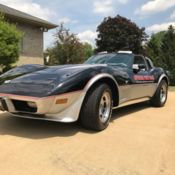 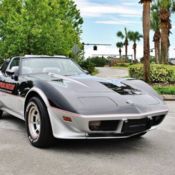 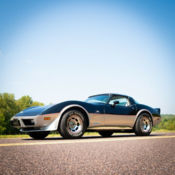 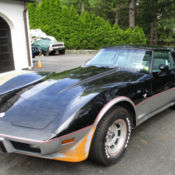