This is my 1974 Chevy Nova. it has a mild chevy 350 small block with about 35K on its rebuild, ooker headers, delbrock Dual-Plane intake, delbrock 650 cfm carb, ew fuel pump, 00R4 transmission, ummit bug catcher scoop, rand new performance plug wires, SD HEI distributor. Completely rebuilt front suspension: Tubular upper and lower control arms with performance ball joints, hicker front sway bar, elltech perfromance springs, YB gas shocks, ew spindles dust shields and wheel bearings on the front disc brakes, lso i replaced all of the stock mounting hardware. The rear suspension is still almost stock, eaf springs with drum brakes on a GM 12 bolt with stock gears. Gas tank was replaced by previous owner, he battery has been re mounted in the trunk in a stainless steel box. The trunk floor has some surface rust in a few areas but for the most part it's solid. There's a few areas on the car where some previous owners had done botched body work: cutting out rust and filling it in with bondo, took the drivers side down to bare metal and only found a few small areas that would need patching, hat being said these areas are small and simple, ou wont need to be replacing an entire quarter panel or fender. The doors are really the only thing on the car that is in bad shape, ooks like someone filled in more rot with bondo, ou should be able to find donor doors fairly cheap though. I haven't taken the passenger side down to metal but i believe its the same story as far as patching goes, ery minor. The rocker panel on the passenger side has a fairly large dent in it, ut that can be easily pulled out with a slide hammer. The interior has new carpet, rand new dash pad from groundup restoration, he seats front and rear are almost perfect aside from a small piece in the very back where thestitchinghas started to separate butthat'sand easy fix. I installed an aftermarket dash with auto meter gauges as shown in the pictures. the headliner is new, s well as the interior light assembly. The only part that's not so good is the driver side door panel, hat has a few imperfections but overall looks nice enough. Grant GT steering wheel, nd a fully custom stereo system with an amp, ubwoofer, rand new full range 6x9s, oss audio desk with aux mp3 and USB. sounds awesome. The exhaust is a 2-1/2 inch true dual,hookedup to single chamber off brand mufflers and dumps out in front of the axle, ounds awesome.There's about a 6"x1/2" strip or cancer in the floor pan from what I could see. The current color of the car isn't actual paint, t's a DIY vinyl wrap and red paint, threw it on this summer to make it somewhat presentable to show off, t looks decent but it is not permanent solution, t has plenty of imperfections, would be willing however to remove this before it ships so you cant get it painted. Any questions you have orpicturesof anything you need to see are available on request and i would be more than happy to talk over the phone about every detail. My aim is to be as honest as possible about anything with the car so youre not stuck with something that's beyond your capability to finish. Overall this is a solid running and driving car, here's only a few things keeping it from being a bad ass pro-touring nova, e advised that this is a project car and needs completion to reach it's full potential, ucky for you most of the hard parts are already done, little body work, lock sanding and a paint job and this things ready to go.On Oct-21-15 at 12:47:43 PDT, eller added the following information: 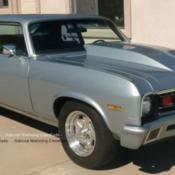 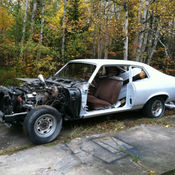 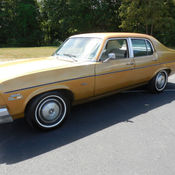 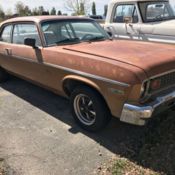 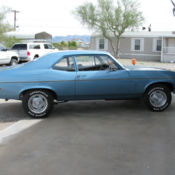 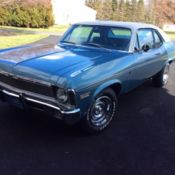 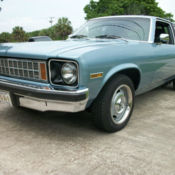 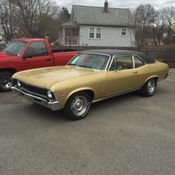 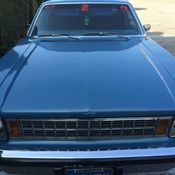 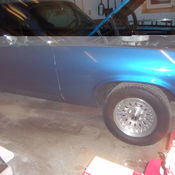