1981 Red Corvette CoupeBeautiful, original car with only 12k miles!Red w/Red interior, 350/190hp, 4-speed manual transmission.The last of the carbureted Corvettes! As production for the 3rd generation Corvette was winding down, advancements in performance and fuel efficiency were on the rise. Fuel delivery systems, a.k.a. carburetors were slowly but surely being replaced with more sophisticated set-ups like fuel injection and along with them came engine management computers. First introduced in '80 for CA. Corvettes, computers (primitive as they were) became... standard equipment across the board in '81. So, the writing was on the wall for "old-school" carbs. And by '82, they were gone.It's not often that we get in an '81 Corvette like the one presented here! Not only is this an extremely low miles example with only 12k showing on the odometer. It also happens to be in pristine, original condition! And to top it off, it's equipped with a 4-speed manual transmission! The '81's were the last "Sharks" available with a 4-spd., as well as a carburetor, so it's truly a milestone Corvette that runs and drives beautifully! This is one for the collectors!Options include:4-spd. manual transmission.Power brakes.Power steering.Power windows.Tilt/Tele steering column.Glass roof panels.Leather seats.Aluminum wheels w/RWL radials.AM/FM stereo 8-track.Documentation includes the original owner's kit.The '81's were also unusual in that it was the only Corvette to be built at two different locations at the same time. The St. Louis, MO. plant and brand new (at the time) Bowling Green, KY. plant. 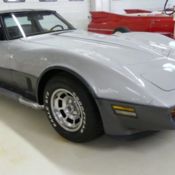 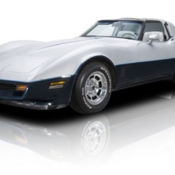 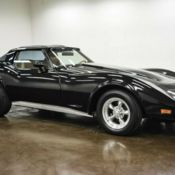 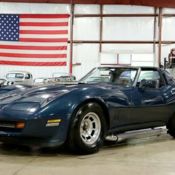 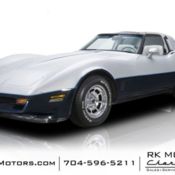 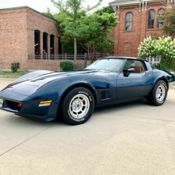 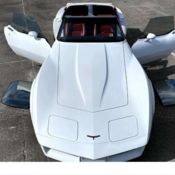 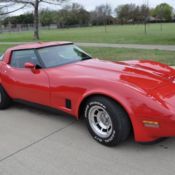 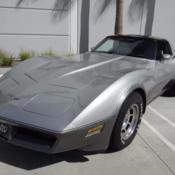 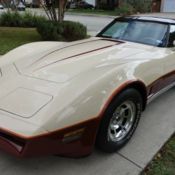