This freshly restored 1962 Chevrolet C10 half-ton pickup truck blends the classic look of the early 60s Chevrolet half-ton truck with a bevy of modern features. The odometer shows 247 miles, which is understood to be the miles since the restoration.

This truck was built at GM's Kansas City Leeds assembly plant (VIN code K) and is finished in House of Kolor's Jet black overlain with clearcoat. The paint, trim, glass and lights are all in excellent shape, as expected.

This C10 rolls on Nitto NT420 radials, size 305/40R22 at all four corners. Each tire is mounted on black Boss Motorsports alloy wheels. The wheels are in excellent order while the tires are in very good shape.

Under that hood is a 383 CID V-8 engine with chrome headers, a Champion radiator and an Oldsmobile air cleaner housing from the early to mid-1960s. Backing this motor is a 700R4 four-speed automatic transmission and the original differential. Driver convenience features include power steering and power brakes with discs in front.

Inside, the all black interior looks fantastic. In place of the original bench seat are a pair of bolstered buckets. They're in excellent shape, as is the black carpet and the truck's headliner. An aftermarket Grant three-spoke steering wheel looks great as does the instrument panel with its full array of Dolphin gauges but the fuel gauge is inoperable. The black inner door panels glisten and echo the rest of the interior's theme. The center console has a pair of cupholders aft of a B&M shift lever. Completing the interior is a Pioneer infotainment system with rectangular screen and Kenwood speakers.

Launched in the fall of 1959, the 1960 model year introduced a new body style of light pick-up truck that featured many firsts. Most important of these were a drop-center ladder frame, allowing the cab to sit lower and independent front suspension, giving an almost car-like ride in a truck. Also new for 1960 was a new designation system for trucks made by GM. Gone were the 3100, 3200, and 3600 designations for short Â½-, long Â½- and 3/4-ton models. Instead, a new scheme assigned a 10, 20 or 30 for Â½-, Â¾- and 1-ton models. Since 1957, trucks were available from the factory as four-wheel drive and the new class scheme would make this known. A C (conventional) in front of the series number designates two-wheel rear drive while a K designates four-wheel drive.

Actual badging on Chevrolet trucks carried the series name system from the previous generation for 1960 and 1961: the 10, 20, 30 and 40 series (C and K) were badged as "Apaches, "? 50 and 60 series trucks were badged as "Vikings, "? and the largest 70 and 80 series models were marked "Spartans." For 1960, C/K trucks were available in smooth "Fleetside" or fendered "Stepside" versions. GMC called these "Wide-Side" and "Fenderside." Half-ton models were the C10 and K10 long-bed and short-bed trucks and the 3/4-ton C20 and K20, as well as the one-ton C30, were also available. GMC did not use the "C" nomenclature, though their 4x4 versions used the "K" nomenclature.

If you want a classic truck that's a great driver with plenty of power and updated options, this is the one you should see in person. Come by MotoeXotica Classic Cars today to look at it for yourself.

This truck is currently located at our facility in St. Louis, Missouri. Current mileage on the odometer shows 248 miles since the restoration. It is sold as is, where is, on a clean and clear, mileage exempt title. GET OUT AND DRIVE!!! 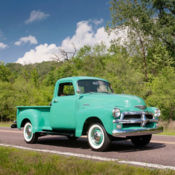 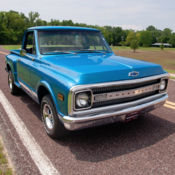 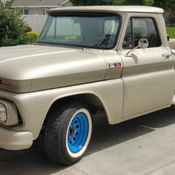 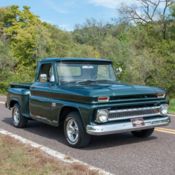 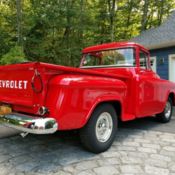 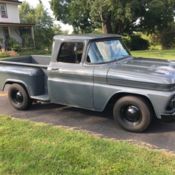 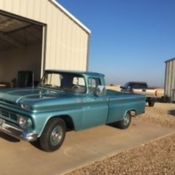 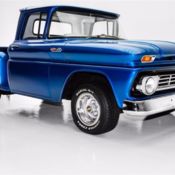 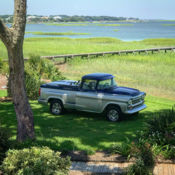 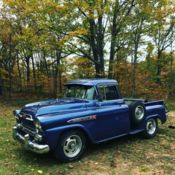