1989 Chevrolet Suburban Silverado 2500 with 78,893 original miles. The engine is a 7.4L/454ci. mated with a turbo 400 3sp auto transmission complete tow package, engine oil cooler, transmission oil cooler, HD radiator, HD engine fan, Full 1 Ton suspension, Class II 10,000 lb 2 inch Draw Tite hitch. It's had one owner and was never used in winter. Only synthetic oil (Mobile 1) used. Transmission (original) rebuilt at 65,878 on 12/06/2000 by Barry's Transmission. In 2005 the vehicle had... body work done. Both front outer and inner fenders on each side, front valance (under front bumper), forward and rearward rocker panels both sides, and rear valance (under rear bumper) all replaced. The entire vehicle was repainted and restriped and then sprayed with heated chain bar oil (paraffin wax based) to preserve the body. The work was done by a local and reputable body shop in Williston, VT.The last year it was used, registered and inspected was 2005. It needs a new Windshield, tires, brakes and battery. The last year that it was started was 2013. It also has a new power steering pump and belt and new serpentine belt, tensioner and static idler pulleys. This Â¾ ton Suburban was the last year that Chevy used a 1 Ton frame with a 1 Ton dually rear end differential. The rear end has 3:73's with Posi-Traction, Disc brakes in the front and 16 inch drums in the rear. 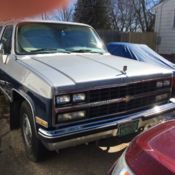 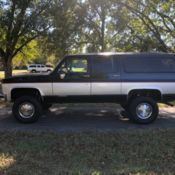 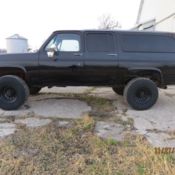 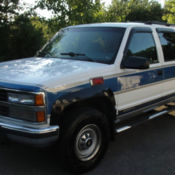 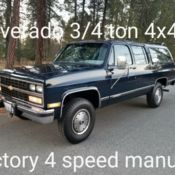 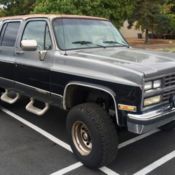 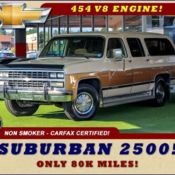 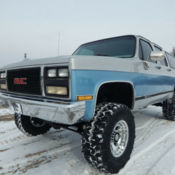 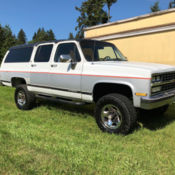 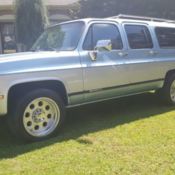