Hard to find an original car these days. This car is a great first Corvette, s it isALL THERE.Un-hit body with original paint, ave for the left rear 1/4 panel where a tire blew. The car has the ORIGINAL PAINT under a poorly prepped re-spray, hich translates into "hasn't been stripped improperly" by an overzealous amateur or "flipper". Body seems tight, o visible stress cracks, lear glass, he most remarkable set of OE alloys-none have ANY curb rash whatsoever. The engine compartment is virtually untouched. So original makes one wonder how it survived, s far as Corvettes go. Like I stated, t is "all there". No tracking down missing parts, ust what is neededfrom the aftermarket and what you can find OE or NOS. The glass tops are nice an as expected, matched set, nd the bags are there. As a bonus I have the original Owner's manual and added a Dealer brochure to the mix I had lying around.

The spare tire still has the "tits" on it, don't believe the jack has ever been unfastened. The factory radio appears to have never been out. All nuts, olts and screws on this car appear to be factory correct is every way. The car has 97,000 miles on it, uns great, id drive well (the brakes are poor from sitting). Doesn't smoke-spit-sputter at all. I believe at one point the car spent a lot of time garaged, s the amber and red lenses are clear and crisp and not faded out by the sun, s they are 35 years old. The bumper covers are nice and still "soft". The Car has a cloth interior (which I believe is a rarity), nd two-tone paint, n early Bowling Green Car by it's low VIN.

The frame and all related are nice, he headlights do not operate, didnotice a hose off of the vacuum reservoir can, hich seems to be in good shape(a major failure component on these years), nd the windows do not work. I have not taken the time to fix these things, lbeit they are easily fixed. I figured I'd get to everything when I did the car.

I purchased the car a few years back through a mechanic I know. The woman who had it had the left rear tire blow, nd decided she did not want to fix it. The tire incident caused the 1/4 panel damage and nothing more. The alloy rim suffered no damage, nd as I stated before, ll four rims have zero curb rash and will polish up "real nice". Plus, hey are a matched set. What the pictures show is all the story there is. As stated, nice, riginal car to do.Total investment on this carwill put it at a "break even" amount or far more, ND... You'dhave a great car for another 35 years or 100K miles, s stated, robably below market value when complete, ven for a comparable low mileage car, hich BTW, s still riding on oldbushings and the like.As you may or may not know, NY used Corvette youpurchase you'll need to put 1-3 thousand dollars in it. Beware the car that you can smell the paint on or the new rumbly exhaust. People buy these cars and the financial nightmare begins. If you know these cars,you'll see the value in the originality of this one. I do have a nice, sable 1/4 panel as shown in the pictures, ncluded. I wished to list more photo's, ut the file sizes were too large. I believe what I have posted shows all the there is to see though.

BTW, recently saw a piece Pat Goss of "Motor Week" did (with a local Collector Car business fellow), n buying a decent car, nd they said the same about recent cosmetics done to a car. I say "local" as Mr. Goss is hails from my locale and I run into him on occasion. Nice fellow he is.

The car has a clear Maryland title in MY name. Selling due to lack of time and priorities. I'd like to see this car go to a good garage.

Sale is final, $1000.00 deposit due with24 hours of auction closing, ayable through PayPal, ertified Funds, ash or Wire Transfer. If you elect to use PayPal, require you include the 3% fee.

Car must be paid for in full by same methods (except PayPal) and picked up within seven (7) days of Auction closing.

I will request that any certified funds be held until cleared. I understand there is fraud using theseanymore.

Shipping is the buyer's responsibility. I do have a trailer and can assist with delivery, or additional expense, BD.

Thank you for looking and good luck.

I also have a fresh, ever fired 1973 (long) small block, uilt to original LT-1 specs with lots of internal goodies, nice BW Super T-10 lying about, '79 L-48 engine with low mileage, ould probably use going through though, nice set of 7" Rallye's sitting about as well.Two otheritems: lhave a 1984 El Camino SS that is a family car that is a"twin" to this Corvette I may let go. I'll be listing these items soon, s well asa 1995C2500, nice truck in it's own right. None of this/these are included, f course. 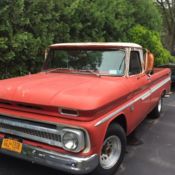 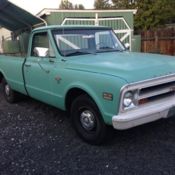 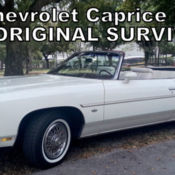 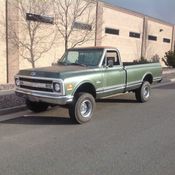 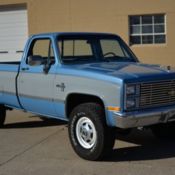 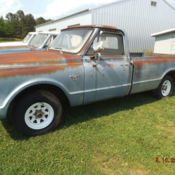 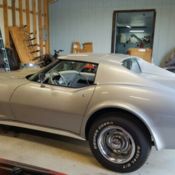 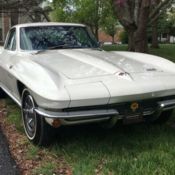 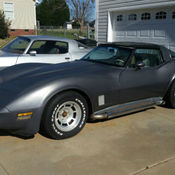 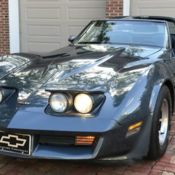