Of the many special edition C4 Corvettes that rolled out over its lengthy 12-year lifespan, the 1993 models like this heart-stopping roadster are notable for their 40th anniversary connection. With gorgeous Anniversary Ruby Red paint, this spectacular convertible stands out and with a stout 383 cubic inch stroker motor, it is guaranteed to generate intimidation whenever you're stopped at a light. This potent roadster sports 44,884 original miles, which translates to about 1800 miles per year. That means no snow, no daily grind in rush-hour traffic, and no parking lot commutes. The factory finish looks great in the sunlight, and the Ruby Red paint is definitely the right choice for a high-visibility model like this. This is a southern car as well, meaning no rust, no salt, and no underbody issues that even on the fiberglass Corvette can be a problem. There's no evidence of accident damage, either, so if you're looking for a solid C4, it would be hard to do better than this. Anniversary cars also got special badging so it's identifiable at a glance, but even without the emblems, everyone knows this is a special 'Vette. And with this much performance and at this price, it will be hard to resist a sunny afternoon and your favorite stretch of twisting pavement. This roadster also got a special treatment inside, with matching Ruby Red leather seats. Showing age-appropriate wear, but no splits or tears, the interior has a comfortable, lived-in look like your favorite pair of jeans, which is how the Corvette prefers it. This one was loaded up with options, too: the Anniversary package added a power passenger seat as well as the custom embroidery on the headrests, and this car also includes electronic climate control, a Delco/Bose entertainment system, and a six-way power driver's seat. Both seats wear embroidered 40th Anniversary markings that are shockingly subtle for a red Corvette. Overhead there's a special burgundy canvas convertible top that can be stowed in seconds, and there's decent storage behind the seats. Everything works, including the cool digital/analog instrument panel that is more effective than you might think at first glance and ice cold A/C. Power comes from a 383 cubic inch stroker motor with a serious list of upgrades, including a forged bottom end with 4-bolt mains. Comp Cams supplied a full roller valvetrain and it features 11:1 JE forged pistons. Aside from the 52mm throttle body, the engine looks rather stock externally, which is a nice feature if you like sleepers. Performance is entertaining, especially with the 6-speed manual transmission, which makes this a true enthusiast's car. There are few better point-and-shoot weapons on the highway than this car; if you see a space in traffic, punch it and the car roars forward and with a 4.09 gearset out back, power is always on tap. Some of the most powerful brakes of the era were a Corvette trademark, and the suspension uses revalved Bilstein shocks with coil-overs. Shorty headers and a stainless B&B exhaust system sound awesome and bolster the already swollen torque curve. Custom Fikse FM-10 wheels look spectacular and carry oversized 17-inch Nitto performance radials. Book value says this C4 Corvette is a screaming bargain, offering a ton of performance and a design that is aging gracefully. Powerful, fast, and with the 40th Anniversary package, downright beautiful, this is a lot of fun for not a lot of scratch. Call today! 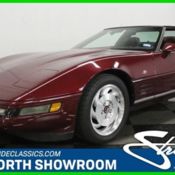 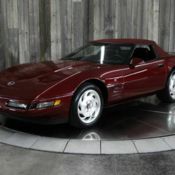 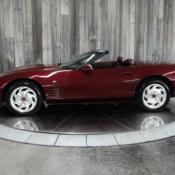 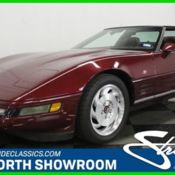 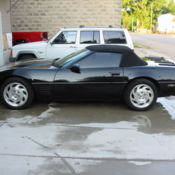 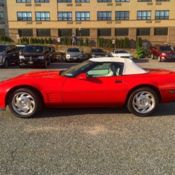 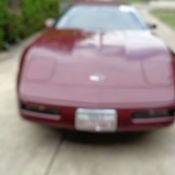 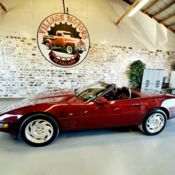 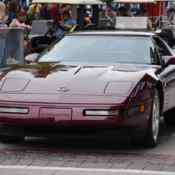 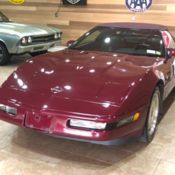