You are bidding on a 1968 Corvette L79 convertible project car, with the 327/350 HP engine, 4-speed and both tops.The vin# on the front engine pad matches the vin# on the car.My understanding is the car was in a shop for about 10 years; then the shop closed.Customer was called to pick up the car but did not have the funds to do so.He sold the car to a friend, who paid the shop and picked up the car. That gentleman was into 1st generation Camaros and elected to sell the car. I liked the fact that the car was a convertible, had the original motor and a 4-speed, so I bought the car from him. Unfortunately, I have too many projects going right now, so I've decided to sell the car.

Body & Frame: Body is nice from the firewall back. Front clip has had extensive work, and I'm not sure why. I was told the headlight reinforcement bar was bad, so the top surround and both fenders were cut into, to access that area. Repair work was started on both front fenders, but done patchwork style, and still needs attention (or new fenders). Top surround has been cut into but appears fixable. Lower front valence looks good. Both doors are nice with no rust showing at the bottom. Rear clip is in good shape, except for a crack along the top of the rear surround. Rear valence is there, but in two pieces. Hood is fine with all hardware. All glass is there and tinted. No rust is visible along the side windshield posts. Radiator core support looks pretty good, with some rust on the bottom brackets. Radiator is not original. Metal radiator shroud is rusty, but solid. The rubber stapled along the front edge looks great. Windshield wiper door assembly is all there, but wiper grille and wiper door transmission are broken and need attention.

Frame has surface rust and heavy scale showing throughout. Scale is evident on both the inside and outside of the frame (you can feel the scale when you put your finger up through a drain hole and move it around). The only rust-through I see however, is on both frame rail end caps (see photos). Trailing arms are both rusty, but the kick ups seem OK. I could not find any "soft" spots on the frame, other than the frame rail end caps previously mentioned.

Engine: looks like with a little effort, it could be made to start and run. Engine turns over easily with a ratchet attached to the crankshaft pulley. As the car sat for such a long period of time, I have not tried to start the car, but I did change the oil and oil filter.

Unfortunately, I have no paperwork or history on the car. There is a registration sticker on the windshield from the Commonwealth of Pennsylvania for 1982-83. I have not tried to locate the tank sticker.

Personal inspections of the car and parts are both welcomed and recommended. Shipping will be the responsibility of the buyer, but I can help prepare the car & parts for shipment, if needed. Car rolls and steers easily. Car is located about 30 miles southeast of Columbus, Ohio.

I have a clear Ohio title.

Cash upon pick up of the car is preferred. Let me know if you would like additional pictures of any specific area of the car. Email any questions through eBay or call me at (740) 243-4118. Thanks - Duane 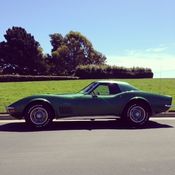 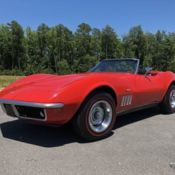 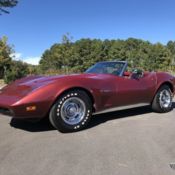 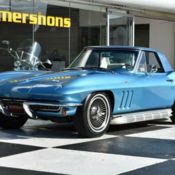 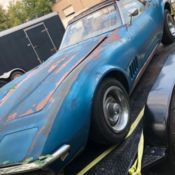 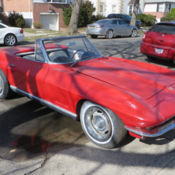 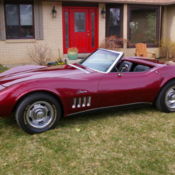 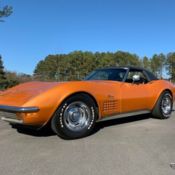 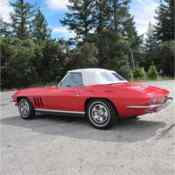 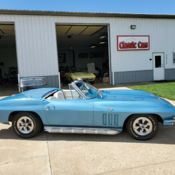