The Camaro Z28 is a legendary car that was originally designed for endurance racing in the American Trans Am road racing series. Their hi-revving, solid lifter cam, small block engines were able to produce excellent top end power while meeting the displacement requirements of the series. The success of the Z-28 made its way to the dealerships where Chevy dealers across the country had orders poring in. GR Auto Gallery is thrilled to offer this Hugger Orange, 1969 Camaro Z28...Â for the world to consider. This is a fantastic, three owner car that has been in the hands of the current owner since 1977. The car went through an extensive 6 year restoration process completed in 2010 with the car finished to its original spec. According to the owner, this X77 code Z28 was never molested in any way prior to its restoration and always remained in complete, usable condition. Any sheet metal that was replaced on the car was NOS acquired from GM in the early 80's. The DZ 302, Muncie transmission and 3.73 rear end are stated to be numbers matching and original to the car as are many of the other components. This car features: Hugger Orange exterior paint with white stripes, power steering, power brakes, Chambered exhaust, 15 inch Rally Wheels, bucket seats, Hurst shifter, full size spare with Jack, AM radio etc. Huge attention to detail was exercised during the restoration using mostly parts original to this car or correct NOS replacements where necessary. The performance of this car is amazing. The solid lifters combined the bark of the chambered exhaust create a symphony of performance as it powers through all 4 gears. The suspension and steering remain wonderfully tight as the car dances through the corners creating a confident feel and ride. To this day the 1969 Camaro Z-28 is one of the most revered muscle car ever built and remains on the bucket list of many. An authentic example that is publically advertised for the first time in its history raises many eyebrows in the collector car world and is sure to fetch top market value. Opportunity knocks with this 1969 Chevrolet Z28 Camaro. Car comes complete with Owners Manual and photo documentation of the restoration process, and 4 sets of keys. Numbers are as follows: Block Casting Number Ã¢â‚¬" 3956618, Block Casting Date Ã¢â‚¬" C 20 9, Block Stamp Ã¢â‚¬" V0409DZ, VIN Stamp Near Oil Filter Ã¢â‚¬" 19N 32766 (stamp is very faint and hard to pick up the "6" see picture), Transmision Stamps Ã¢â‚¬" 19N632766 P9D09R, Rear Axle Ã¢â‚¬" BU 0415G2 E 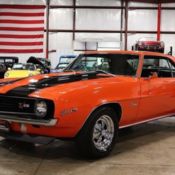 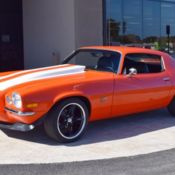 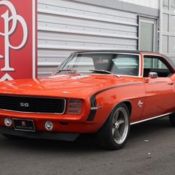 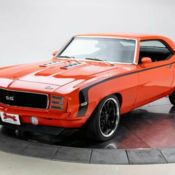 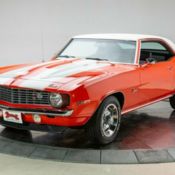 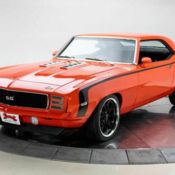 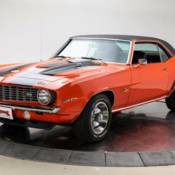 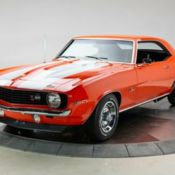 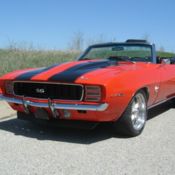 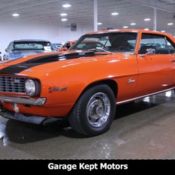