Despite tightening smog regulations, 1973 was a good year for Camaros, and this cool Z28 has a neat color combination that makes it one of the more appealing second-generation F-bodies we've had in a while. In fact, it's a legitimate Z28, making it somewhat rare for the guys who are into that sort of thing. And even if it weren't rare, it would still be a hot property with an upgraded V8 and a fantastic all-original interior. The biggest change...Â in '73 was the addition of federally-mandated 2.5 MPH bumpers, and while that doesn't seem like a big deal, it meant that most Camaros that year got big, ugly reinforced bumpers that marred the otherwise slick design. However, this one still wears the slender chrome bumpers that make the second-gen cars so appealing, and when combined with a chin spoiler, it looks suitably aggressive. The cowl tag says this car is wearing its original code 48 Midnight Green color combination, and with white stripes, it results in one of the best-looking '70s F-bodies we've seen in a long time. It retains its blacked-out Z28 grille and emblems, and surrounds them with nice, straight bodywork and a decent shine that comes from an older respray with a bit of time on it. Out back, the Z/28 spoiler looks great and the shiny chrome bumper adds great contrast to the dark green paint. Those green bucket seats are every bit as comfortable as they look, and they feature their original seat covers to match the door panels and carpets underfoot, all of which are very nicely preserved. The wrap-around instrument panel gives the driver an array of easy-to-read analog gauges, including a tach and the steering wheel is augmented with a leather wrap to make it easier to grab. What's more, there's a cool Hurst shifter for the automatic transmission, but it does a pretty nice impersonation of a T-handle 4-speed. And in a not to originality, even the factory radio remains in place and it works! In back, you'll find a clean trunk that demonstrates none of the usual warning signs you see in cars that have seen the snow and salt; this one is nice and solid. While emissions regulations were strangling most engines, this one packs a 1970 vintage 300 horsepower 350 cubic inch V8. Dressed in Chevy Orange with simple stamped steel valve covers it looks the part of a factory powerplant and runs every bit as well as you'd hope. There's a Quadrajet carburetor on top, HEI ignition system, and a Holley intake to help build some horsepower. The aforementioned automatic transmission is a TH350 3-speed unit that snaps through the gears and feeds a heavy-duty 12-bolt rear end. Stock exhaust manifolds feed a newer dual exhaust system that sounds right and surely frees up a little more horsepower, and there's a new gas tank hanging out back. Original five-spoke wheels are some of the best looking of the period and now wear fat 15-inch BFGoodrich T/A radials. A neat car with an unusual color combination and a reasonable price, and it's also a joy to drive. Call today! 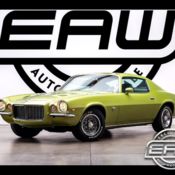 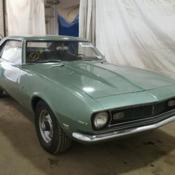 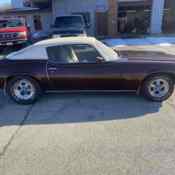 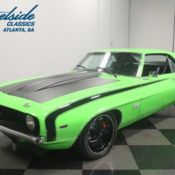 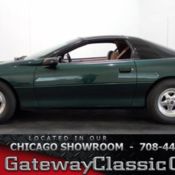 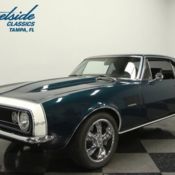 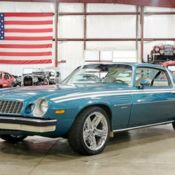 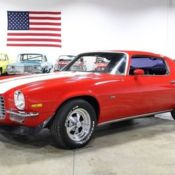 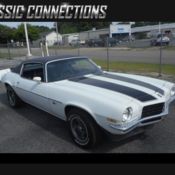 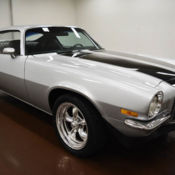