With plenty of originality and a few cool updates makes this 1957 Chevrolet 210 an instant crowd pleaser. And that's before you get to tell its unique story.
How do you get a '57 Chevy that looks this good? According to the consignor, the tale goes like this: Mr. Gains of Toccoa, Georgia walked into Nuckolls Chevrolet on October 10, 1957. He was looking to appease his wife because she was not happy with ridding in their dusty farm truck to Sunday church. Mr. Gains was a thrifty man, and so he bought the most economical car on the lot. The 210 model wasn't the lowest-priced Chevy of the day, but by the fall season, it was likely what was left while trying to get rid of the last of the '57s. Remember, the larger '58 Chevys were more fashionable, and the '57s only became the icon we know today as we let the legend mature. In fact, speaking of maturing, Mr. Gains was rumored to mostly let his Chevy out of the garage for church on Sunday. While the "old man/lady only drove it only on Sundays" line is a stereotype, this one seems true! Mr. Gains kept the car until 2016, and of the genuine mileage on the Chevy today, over half of that could be explained by making the eight-mile church round trip once a week for 59 years! This garage-kept lifestyle can really be seen on this two-door post Chevy today. The sheet metal shows Mr. Gains liked to take it slow and make sure that his possessions last. That's why it's straight enough to keep the iconic trim looking like an unbroken line down the side. And all of the rest of the important chrome that makes these '57s so special is complete and bright. The car was repainted in the 1970s in its original Highland Green color. So the level of care this lacquer finish has received over the decades will make people think they're looking at a shining original application (and we won't tell this car's secret.) The new owner took position in 2016 (the car's second ever) and added some fun upgrades like the half-mirror headlights and Torq Thrust wheels. But these are easy to reverse if you want even the original wheels and hubcaps are available.
Inside is more green, and this factory-correct coordinating presentation is exactly what the 1950s were all about. This one retains the best of originality while still being a great showpiece. For example, no one expects a front bench seat to last over half a century and still look presentable. That's why the new owner sourced the correct cloth inserts for replacement. So this looks fresh while saying correct (extra seat fabric comes with the sale, too.) The same goes for the flooring, and now this has fresh carpets. And with the door panels, headliner, dash, steering wheel, and much more remaining original and well-preserved, the car feels like a compelling time capsule.
Under the hood you'll find the original motor, and the long list of surviving supporting components means everyone knows it's the factory power plant without ever saying a word. The 235 cubic-inch motor is smooth and torquey, and it was a mainstay of Chevrolet vehicles for decades. The Blue Flame six motor is painted perfectly to be the centerpiece in this engine bay. Mr. Gains looked after it well, and so runs strong and moves this coupe nicely. Plus, the three-on-the-tree manual transmission gives great power control, and the 3.55 rear end ratio means it can get up from a standstill with ease.
A story this interesting needs the right documentation, and so the car comes with the original bill of sale, original warranty card, and the owner's manual. So no matter if you're someone like Mr. Gains, or just appreciate an iconic classic with one of the best stories around, this Chevy 210 is a rare treat that won't be looking for its third owner for long. Call now! 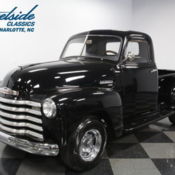 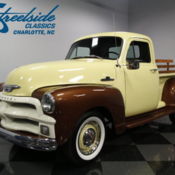 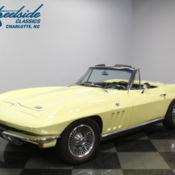 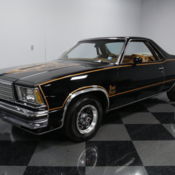 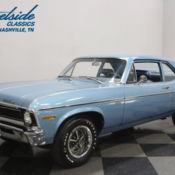 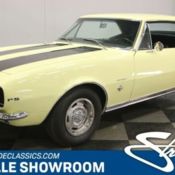 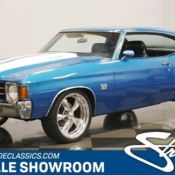 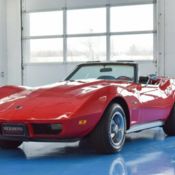 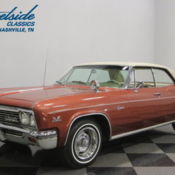 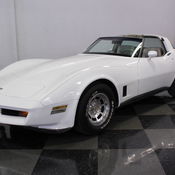