1978 Chevrolet C-10 Custom Deluxe Big Ten
The "Big Ten" is a 1/2 ton truck with a 3/4 ton rear so you can haul a heavier payload.
I bought this truck from the original owner in 2007 with 102k miles on it, it was completely stock and the engine was in rough shape from sitting. Immediately after I purchased the truck I made some upgrades = Headers, true dual exhaust with Magnaflow mufflers, Edelbrock intake manifold, carburetor and air cleaner, new belts, changed all fluids, new shocks and a few other things. This truck was my only vehicle for a few years, it has hauled everything from gravel, dirt, plywood, drywall, scrap metal, motorcycles, trash, you name it. About five years ago I decided to rebuild a motor for it, I found a really nice two bolt main block, bored it out, new higher lift cam, deeper sump, better heads that I rebuilt, new water pump, new alternator, new hoses, new belts, new brake master cylinder, rebuilt distributor, new cap and wires, electric fuel pump and used the other upgrades I bought when I first bought the truck. Since I rebuilt the engine I've only put about 10k miles on it. It has been a Washington and Oregon truck it's whole life so there is very little rust, I pictured the worst of the rust, a little on the drivers side door which I've tried to keep up on, a little under the passenger side fender, there are also a couple tiny spots here and there. I moved to California last summer and before the move I bought the rims and tires that are on it now, they are American Racing Outlaw 1 rims with basically new Les Schwab tires on them. Before the move I replaced the U-joints and the seals on the diff and trans, replaced the diff oil and cover gasket, changed the engine oil and put in new belts.
Comes with Jem Top canopy, Chilton service manual, a box full of extra parts, oil for its next oil change, snow chains, a couple sets of keys and a folder with a bunch of receipts from when I first bought the truck.
This vehicle has no emission control equipment on it so it will not pass California smog testing, the cut off for testing is 1975 so the truck isn't old enough. In Washington and Oregon vehicles over a certain age, thirty years or so, don't have to go through emission testing. This is the main reason I am selling this truck, the other reason is that I almost never drive it and could use the money to buy a better car.
I started the bidding at $5000 because this is the least amount I would take for it, the auction has no reserve.
If anyone has any questions please feel free to contact me through ebay.
Thanks for looking. 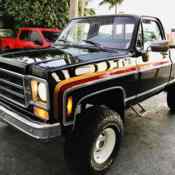 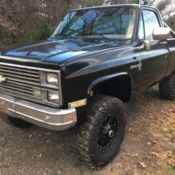 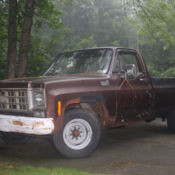 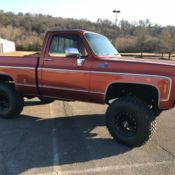 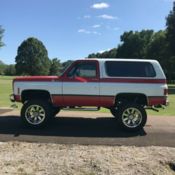 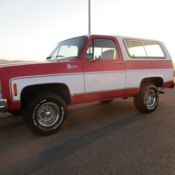 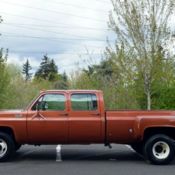 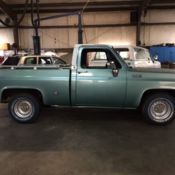 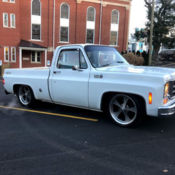 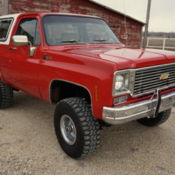