Up for auction 1966 Chevy 2 350HP 327 4-speed 12 bolt matching 1966 model engine and rear end Muncie4-speed is a 1965 model according to the numbers on it. This engine is a real L79 as I have torn it down and went all the way through it. I bought this car from the guy who bought it new in 1966, sold it to his friend when duty called and he went 2 Viet Nam. After he got out of the service in the 1970s, he bought the car back and kept it till I bought it in 2014. I have been restoring the car for the last 2.5 years. The car has all the original sheet metal except the passenger side lower quarter panel and the floor pans. The car was not rusty, it had a dent in the panel that was easier to replace than fix. As for the floor pans, they were just pitted. No holes, so I just replaced them, just the front and rear center section. Car has two much to list, but I will tell you some of the things I have done. New Aztec Silver paint, new bumpers, new grille. Had rear trunk and hood molding replated. Complete new interior, including console. New brakes and drums, wheel cylinders and master cylinder. Completely rebuilt the engine, it is now 0.30 over with the original speed. Pro type pistons, GM remake of the factory L-79 Cam. Original intake, new valve covers and breather.Hal L79 heavy duty factory radiator. Number on engine read to be a 1966 SHPE 1966 Chevy 2 block. There is no doubt in my mind that this car is the real deal. Car has all moldings and stainless 12 bolt 3.73 posi all rebuilt with new Hurst competition plus shifter made for a Chevy 2. Everything works except horn and back up lights.They just need to be hooked up. New tires and wheels with less than 200 miles on them. I have leftout a lot since there is too much to list. One more thing - I replaced thefront and rear windshield and all the weather stripping. This is a beautiful car that has not beencut up and molested. I have described this car to the best of my ability. It is nice. Look at my feedback onthe cars I have sold.
Thank you and happy bidding.On Nov-26-17 at 17:51:23 PST, seller added the following information:

Color is cortez silver instead of aztec silver.Thanks my mistake. 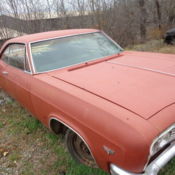 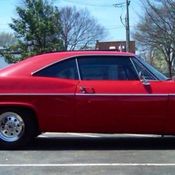 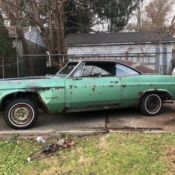 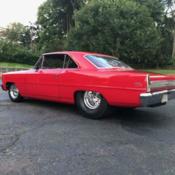 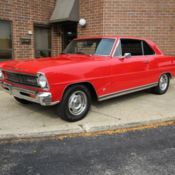 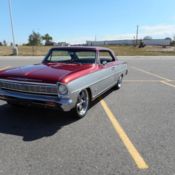 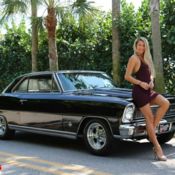 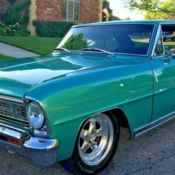 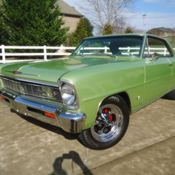 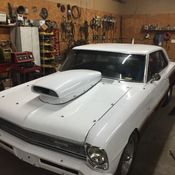