1929 Chevy one ton pick up. This truck was made famous in the HBO series Carnivale, which was one of HBO's most successful hits along with The Sopranos and Justified. This is the vehicle that "Sophie and Ben", (as well as others in the show ), used to travel in to "town"...etc. This is definitely THE truck form the Carnivale show.Truck originated in California so it is rust free. A few dings and scratches, some paint fade and signs of use. Four speed manual transmission, mechanical brakes. Drives and stops as it should. Speedometer and odometer work, oil pressure gauge works, water temp does not work. Has the original radio, not certain if it works but it is definitely a cool addition to the dash board. Original wood steering wheel. Roof top was recently replaced. Windows are all good, no cracks, they wind up and down freely, windshield opens smoothly too. Doors fit well and open and close tight. Electrical system was converted to 12 volts. Newer starter, carb rebuild and recent lube job. Odometer shows 22979 but I have no way of knowing if that's the correct milage.Just tuned-up so it starts right up every time, doesn't smoke or use oil. Drips just a little but not enough to be a concern.Engine sounds good when first started but has a low end knock when it warms up. I have a complete Chevy 235 six cylinder from a 1957 pick up truck, with all accessories including a new starter, rebuilt carb, transmission, water pump with fan and everything as removed from the truck, all in tact. Runs perfect and sounds great. I will include it with the sale if you wish. It is complete and ready to bolt in. If you don't want the 235, I will deduct $1000.00 from the final auction price. I have included a pic of the 235.Truck is located a little north of Pittsburgh in Butler, PA $1000.00 deposit due at auctions end. Balance in cash or bank transfer before it leaves my possession. Clear title in my name. I would be willing to store the truck for up to 60 days until you can make shipping arrangements. I have a dry garage to keep it in.Way cool truck which turns heads everywhere I take it. What a great piece of history...Any questions feel free to call anytime between 10 am and 10 pm eastern time. 724 332 5343 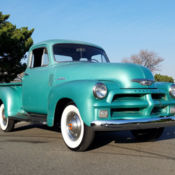 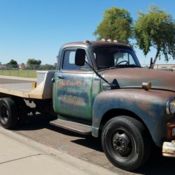 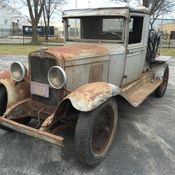 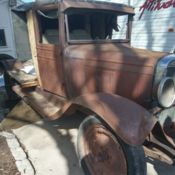 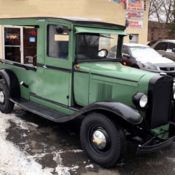 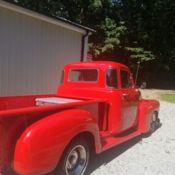 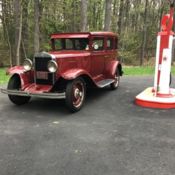 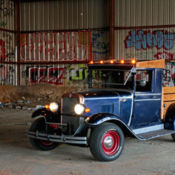 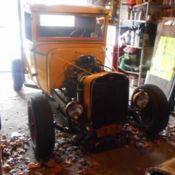 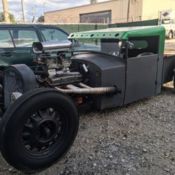