Basic Clean Driver Class REAL 1971 Nova SS, car is numbers matching but please note the original engine is disassembled and sitting on an engine stand in my garage. Engine stamping's de-code to the proper 4 speed / HP rated 350 that was ONLY available in the SS.
Currently a 260 Hp Chevy long block is installed with the necessary accessories / parts off the original engine (Carb, Distributor (converted to electronic), Intake, Exhaust, Alternator... so on...
I had plans of rebuilding the original just due to its age... it wasn't running bad or smoking / making noises. I just figured it could use a freshening and it never happened.
Car has small dents, some paint blisters, some scratches and some minor bubbling where the air shock failed and the tires rubbed---along with some minor blistering on the rocker... no rot holes or rust to speak of--car is very clean underneath and has the original exhaust system---it does leak here and there.
I cleaned the gas tank and shortly there after the gas gauge quit... the wipers quit too... and the heater fan control snapped off in the dash. Car could use a little love in these areas but was driven on good weather days and to local shows, fairs and the the such with my family.
It is what it is... a real SS that you can have fun with without being paranoid that your $25,000 paint job will get wrecked. It has ether 3.42 or 3.55 posi (I forget..) and a Muncie M21.
Car runs and drives very well and can be taken anywhere... I'm just being honest so that you know its not a 10 point show car. Feel free to request an inspection and I will make myself available.
Car was triple black from factory with a vinyl roof delete, it has dual bench seats with a floor shift 4 speed and no console or gauges. Just a plain jane SS... no extra chrome moldings etc... and I really like it that way.
Helping my kids get through college and make something of themselves forces sale... I'll miss it but won't regret it. Everyone should have kids as good as mine!
More pics are available---just ask... I also have the original steel wheels / poverty (dog dish) hubcaps... plus a bunch of small parts and a spare front seat. I also have a late 70's Corvette shortblock 350 that I'll throw in... I don;t remeber if its an L48 or L88---its just the block / crank/ rods and pistons and its still assembled.
Thanks Tony 8i6i0i9i7i8i9i0i3i9 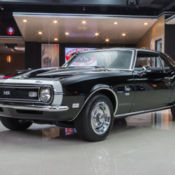 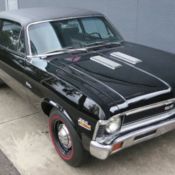 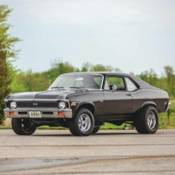 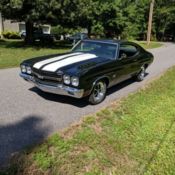 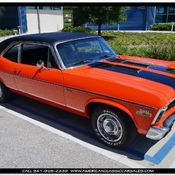 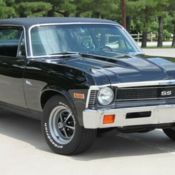 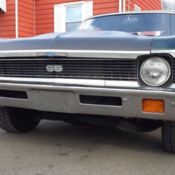 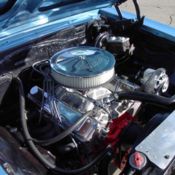 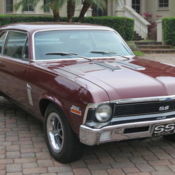 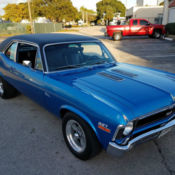