Up for auction is a very special car. This Corvette has been featured in at least 4 major magazines and has won numerous awards for design and quality. The car is named the "CONCEPT C1". A proven winnerat the World of Wheels car show in Chicago and New Orleans in 2011. The car was awarded top pick at the Mid America Motor works show 2011(2X in the same show)by both major Corvette Magazine editors and a celebrity judge. It was Also received honorable mentionfrom head of GM R&D as "The C1 Chevrolet should have built". This car started life as a plain jape 1959 Corvette. Over 2 years, The car was seamlessly transformed intowhat you see today. She was built With over 50 body modifications thatpay tribute to every aspect of the Corvette from the years of C1 production (1953-62). This is not a kit car, andyou will never seeanother one like it ever built. Built withthe heart beatof a modern Corvette with a LS1 engine. Engineered to stop on a dime with largeWilwood 4 wheel disc brakes. The entire chassis has been upgraded to more modern style. Including independent front suspension with power rack and pinion steering and a Built 9" rear.100% complete. Fun and ready to drive anywhere. The car is garage kept and is a show car. Clean, clear title and registered in my name. Please have all of your finances in order prior to bidding. The car is for sale locally. I reserve the right to end the auction at anytime. Please ask any and all questions before bidding. Full payment is due in 7 days from auctions end. Thanks, Brett 225-235-0083 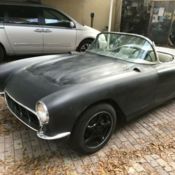 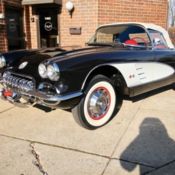 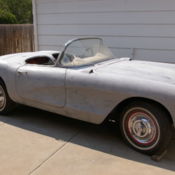 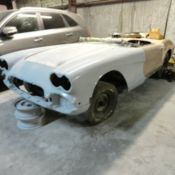 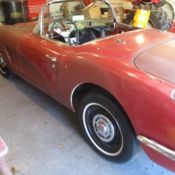 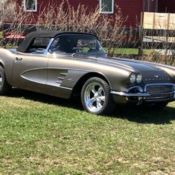 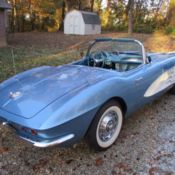 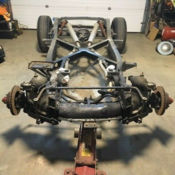 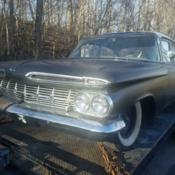 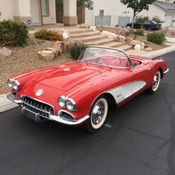