1967 Chevrolet Chevy II Nova Wagon Custom Rat Rod solid daily driver with 2" drop
Things to note:
This is a low stance daily driver, with all of the kinks worked out and/or listed below.
It has a custom mp3 stereo w/sub below the dash (see photo of dash), working heat/defrost, alarm system, hood lock, custom passenger side view mirror in the antennae mount hole, modern windshield wipers.
replaced original distributor with HEI electronic ignition 2014
replaced broken wiper fluid pump system with electric pump and dash button 2016
replaced turn signal switch assembly inside steering column 2016
engine compartment is clean and maintained, plugs and oil change October 2016
10 bolt rear-end rear differential, not sure if it has positraction or not
rock chip and some haziness in windshield. all other glass is good, for 50 yrs old.
floor pans replaced2014 - cut out rust, welded and riveted seams to good steel. car still leaks in heavy oregon rain, but new pans are coated and equipped with drain holes in low spots. new floors look good on top but didn't get fully cleaned up underneath (can be seen in chassis photos).
new cat whiskers on door windows and tailgate window 2014, but they still don't seal all the way unfortunately. all weatherstripping and other window seals still need to be replaced. this would fix the leak issue that has kept me from installing carpet to reduce road noise...
1 bbl rochester carburetor, so this car doesn't peel out or anything. But it gets around with decent fuel economy for a "muscle car" or "cruiser." 18 mpg average for me driving around NE/SE Portland and I-205
tuned up 250 c.i. inline six cylinder engine leaks a small amount of oil out of rear main seal - enough to notice on the ground and on the transmission, but doesn't run low before next 3000 mile oil change. engine has compression ranging from 85-95 PSI on all 6 cylinders
power steering and radiator have both leaked in the past and were repaired with stop leak fluids. I will include a new aluminum replacement radiator that I have on hand in the sale.
rear window does not lock, but rolls up and down as it should.
back seat door windows are not connected to their regulators, so you have to roll them downandpush them down. but they roll up as they should.
front seat windows work correctly
signals and lights all work. replaced one faulty socket and regrounded another 2016.
re-stuffed seats 2014. seat covers are not original. they are not an exact match, but old enough to fool the eye. driver wallet spot has caused some cracking in front seat cover, but no splitting yet
good headliner and working dome light.
custom black carpeted door panels, steering wheel, grille bowtie, powerglide emblem on gate, nova emblems, wiper fluid system, e-brake handle, 1974 250 c.i. engine block, seatbelts, floor mats, and probably a few other items are not original parts.
this 1967 x-body chevy ii nova wagon has some bondo in the rocker panels, but rust was fully removed from those spots in 2014. driver side fender is a little impefect, not bad but shows some slight irregularity above the wheel. driver side tail fin has some visible bondo work irregularity around the tail light, and the tailgate has a large visible irregular patch of bondo at its base... This car has very imperfect custom paint -clear-coated satin black, with blue show-through, gold/chrome accents & light rainbow flake. no worries in the parking lot, or about kids fingerprints on this car...the original blue-painted interior trim is perfectly patina'd. this car has been mechanically evaluated by several shops in 2016 and refurbished(detailed below), lightly restored to be a no-worries custom daily driver "rat rod." this car is perfect for me just as it is, or a great starting place for a full hot rod restoration for somebody with different taste.
work done at Aamco Summer 2016:new 2" drop front suspension coil springsnew gas shocks, front and rearnew ball jointsrebuilt Powerglide Automatic 2-speed Transmissionnew battery*[rear monoleaf drop suspension rides fine and appears to be without corrosion. I considered replacing the monoleafs ($300) at the same time as the front suspension, based on the amount of wear and fatigue that the old front coil springs exhibited. The shop did not recommend replacing them, so I opted to keep them for the sake of stance.]
work done at Dick Hannah VW Dealership 2016:all new 50 series tires
work done atLes Schwab 2016:new 60 series rear tiresfull overhaul of brake system
work done at Performance Muffler 2016:(not pictured)exhaust system reroute/rebuildnew intake connection gasketall new exhaust hangersnew glasspacks mufflernew tail pipetiming adjustmentthrottle linkage adjustment
thanks for looking. ebay message me questions, or give me a call if you'd rather.
Jake Blasquez 503-317-9281 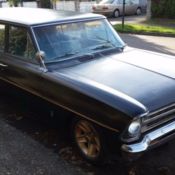 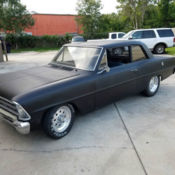 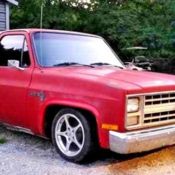 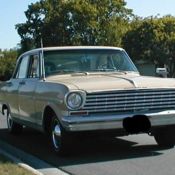 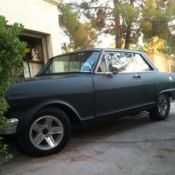 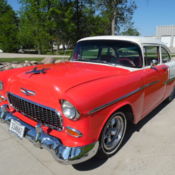 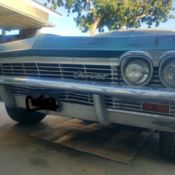 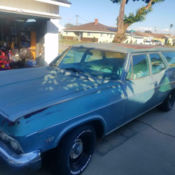 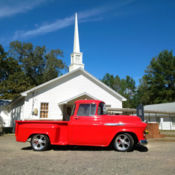 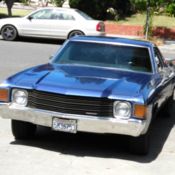