The C3 Corvettes were around for a long time; fifteen seasons to be exact. It was the most popular Corvette of all time, a car that changed with the times yet remained America’s #1 performance machine. GM was working to get the all-new C4 ready for the 1983 season, but, as in 1966 prior to the debut of the C3, they couldn’t quite get it done in time. So in order to keep customers coming into showrooms and buying new Corvettes, they introduced some new tech borrowed from the C4 and brought out a special edition called, of course, the Collectors’ Edition. If you’re a collector, entry level or experienced, this is an opportunity to get an awesome low-mileage survivor and the last of the C3 sharks.

Showing just over 29,000 original miles, this is a very correct, untouched car. It has been properly maintained but never restored or modified. The Collectors’ Editions are easy to spot with their unique Silver Beige paint scheme and contrasting graphics on the hood and doors. And yes, that’s 100% original General Motors factory enamel on this car. You can see how nicely it shines in the photos, and that’s no illusion. Vintage paint shines up differently than modern stuff and it’s easy to see. What you can’t see in photos is that it’s also beautifully preserved with minimal nicks and scratches, the natural by-product of several decades of life. As Corvette fans are all too aware, the front and rear bumper covers are a slightly different color than the rest of the car, as it was when it was new. The original Collectors’ Edition graphics are in excellent condition with minimal cracking and checking, even on the hood which is often cooked by heat and sunlight. And since it was 1982, GM went a little pinstripe happy with this special edition ‘Vette, adding them to the fenders to accentuate the lovely “Coke bottle” shape, as well as around the side mirrors, across the rear spoiler, across the nose, and surrounding the wheel arches. Things like the lenses, big glass hatch, and transparent roof panels are in excellent condition as well.

Collectors’ Editions received a unique, bespoke tri-tone leather interior that echoes the exterior theme: metallic gold and bronze. The comfortable leather sport seats are still as good as anything you’ll get today and the leather shows some comfort marks but no dryness, splits, or tears. The carpets are almost too nice to be original, but we’re assured that they are indeed 1982-issue. The door panels continue the tri-tone theme and the steering wheel is wrapped in matching brown leather. This car carries almost every available option, including cold A/C, power windows, mirrors, and locks, a tilt wheel, power driver’s seat, and an ultra-cool AM/FM/cassette/CB radio with microphone. Convoy! The big, bold gauges are all fully functional, with the tachometer parking itself at 900 RPM when you shut off the engine, just as it should. There’s also a fully functional power antenna out back that springs to life when you turn on the radio, and while we haven’t tried to reach any of our good buddies on the CB, we believe it’s disconnected. 1982 was the only C3 to have an opening hatch, which makes a HUGE difference in convenience, so it’s easy to load luggage for a road trip or to stow the removable T-tops, which include their original storage bags. There’s also a retractable cover for a bit of security.

The only engine available in 1982 was the 350 cubic inch V8 with “Crossfire Injection.” It was slated to be the debut engine for the all-new C4, but since the development was done, why not put it in the ’82 models? Horsepower was 200, up from 180 the previous year, so that’s a good sign, and while the Crossfire setup isn’t the hot ticket for all-out performance, it makes for a very user-friendly Corvette. It starts quickly and easily, idles well without any of the carbureted fussiness, and it’s plenty punchy out on the road. It’s easy to spot with its twin air cleaners up top, and you’ll note that this car is completely original and unmodified, with only service items being replaced over the years. Finned valve covers make the Corvette look special, and the A/C has been converted to R134a refrigerant so it’ll be easy to service in the future. Underneath, the 1982 Corvettes use the 700R4 4-speed automatic overdrive transmission, which makes this car an awesome highway cruiser that actually pulls down decent fuel economy, especially with towering 2.87 gears in back. The plastic rear leaf spring debuted here, and while it seems like a minor thing, this might just be one of the greatest performance-enhancing tricks of all time: removing 40 pounds of steel AND improving performance? What engineer would turn that down? The chassis is original and quite clean, and you’ll note the exhaust system is still completely stock, with the original-style catalytic converter and 2-1-2 exhaust system with stock mufflers. It sounds rumbly but never gets annoying. Unique alloy wheels were part of the Collectors’ Edition package, with these wrapped in 255/60/15 Goodyear radials that have lots of life left in them.

Yes, we know these aren’t going to be six-figure cars, but the truth is, if you’re going to own a late C3, this is the one to get. It will always be popular, it has a distinctive look that captures the era perfectly, and with all the improvements, it’s arguably the best-driving C3 of all. Wonderfully well preserved and owned by a knowledgeable Corvette enthusiast, this car presents a great combination of authenticity, preservation, and ready-to-go usability that you’ll find, especially at this price. Call today! 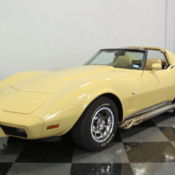 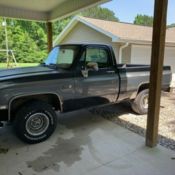 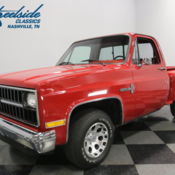 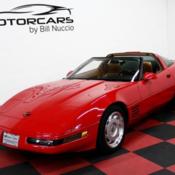 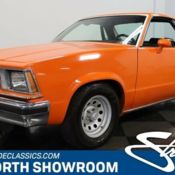 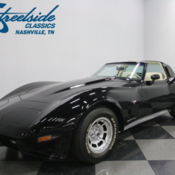 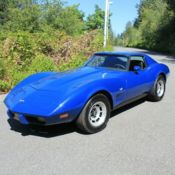 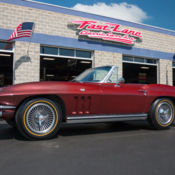 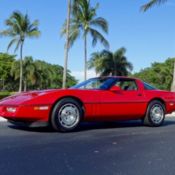 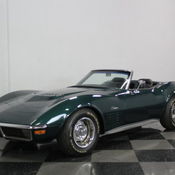