While Corvettes have a reputation for being brutal performance cars, there's no reason they can't also be pretty. This 1973 Corvette is a very affordable matching-numbers example, freshly painted in Silver Metallic and ready to enjoy immediately.That handsome finish is this car's original color, masterfully re-created in modern urethane paint for an vastly improved shine. This 'Vette has clearly led an easy life, as the fiberglass is in great shape all around. Surely the guys who did the paint knew a thing or two about putting it on right, because the doors fit well, the headlights are flush with the bodywork, and the usual stress cracks are nowhere to be found. As you surely know by now, 1973 was the last year for chrome bumpers on the C3 body style, and with this bright sliver paint, they give the car a very sophisticated look that might be just as at home on the shores of Monaco as the streets of Detroit. It's not perfect, but at this price, you're getting a car that presents extremely well and nobody will know how affordable it really is. In addition, the trim is quite nice, with proper badges front, side, and rear. From any angle, it's impossible to argue that this isn't a great-looking car.This one also received the code 400 black vinyl bucket seat interior which was standard equipment in the 1973 Corvette. The seats may very well be original, which tells us a great deal about how well-maintained this car has been. Door panels are excellent and the carpets are showing some wear, but overall the interior has a very consistent look that makes you want to climb in and hit the road with no particular destination in mind. The original instruments look great with bright markings and clear lenses, and you'll be pleased to note that this car is fitted with options like cold A/C, a tilt/telescope wheel, and an AM/FM radio, although the latter is inoperable and is in need of an upgrade. The console and shifter look great, the steering wheel isn't cracked or faded, and when you lift off the T-tops, it's very nearly as breezy as a convertible on the open road.The engine is this car's original L48 350 cubic inch V8, which was rated at 190 horsepower in 1973. The downgrade in horsepower due to lowered compression ratios, milder cams, and, of course, the whole net versus gross horsepower rating system, doesn't really change the personality of the Corvette itself. Of course, you already knew that, and now you're just checking out the details in the engine bay such as the Chevy Orange paint on the block, cowl induction cleaner, correct chrome ignition shield, and OEM-style componentry throughout. This car also carries power steering and power brakes, and even small block Corvettes received a heavy-duty TH400 3-speed automatic transmission, which is easily up to the rigors of high-performance motoring. The chassis is highly original, and while it isn't shiny and perfect, it shows signs of proper maintenance, a newer exhaust system, and exactly zero rust. Correct Rally wheels wear 225/70/15 BFGoodrich white-letter radials.It's rare to be able to call a Corvette pretty, but this one is exactly that. It's also fast, fun, and eminently affordable. Call today! 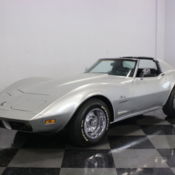 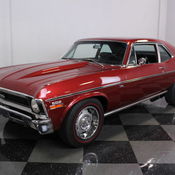 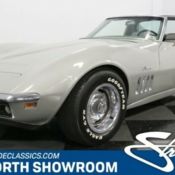 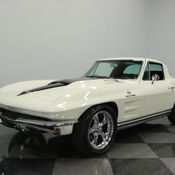 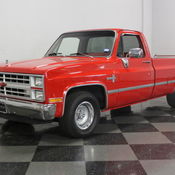 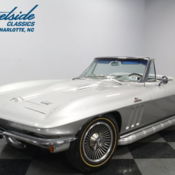 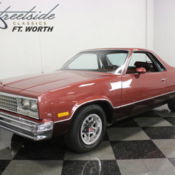 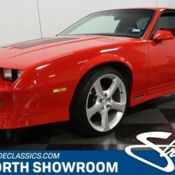 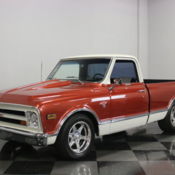 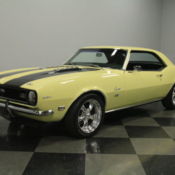