1949 was a great year for all GM coupes, and this gorgeous 1949 Chevrolet Styleline Deluxe coupe got a whole new lease on life when it was rebuilt a few years ago. A few custom tricks like the matte paint work well with a traditional driveline to create a new twist on an old favorite that drives so well you'll want to take it to work every day.Sometimes modern colors just don't cooperate with vintage sheetmetal, but the satin green finish on this fastback definitely works. The seafoam green color is definitely period-correct, but the matte finish gives the sleek little Chevy an up-to-date look without being too over-the-top about it. Add in the pearl white top, which also got a matte finish, and you have a car that makes everyone do a double-take. Fit and finish are excellent throughout, with great gaps and a great deal of time invested in subtle mods like the shaved hood ornament and emblem, molded-in rear fenders, and shaved deck lid. You'll also dig the original details like the trim along the flanks and the visor over the windshield that takes care not to erase the Chevy's personality. The original bumpers were restored and tucked in close to the body for a clean look and the grille has been fitted with new bars that really sparkle, especially against the flattened paint. Tasteful is the best way to describe the fully reupholstered interior. The original bench seats wear fresh cloth upholstery that hangs on to the '40s design while being thoroughly comfortable and tasteful. Custom carpets and mats add a sophisticated contrast and the door panels were made to match and retain the factory hardware and armrest. Even the dash was painted gold instead of body color to keep everything clean. The round factory instrument pod is filled with original gauges, including that neat speedometer that is so cool, it almost looks like a cartoon. And yes, you're seeing things correctly, that's a Hurst shifter tied to a 4-speed gearbox, which totally transforms the Chevy's attitude. The rest is pretty stock, which means no radio, but I don't think you're going to miss it much once you take it for a spin. And the trunk is still stock, including the rubber mat, full-sized spare, and neatly secured jack assembly.Remarkably, this little Chevy retains a 235 cubic inch inline-6, which was how Chevys were equipped until 1955. OK, so it's a little bigger than the original motor, but nobody will complain about the added torque it brings with it. The engine was bored .040 oversize and fitted with a mild cam, just the way they were doing it back in the early '50s. Dressed in a period aftermarket intake manifold with a Holley carb on top, a chrome valve cover, and an HEI ignition system to fire it up. It's been converted to 12 volts, so there's a modern alternator in there as well and an aluminum radiator keeps it cool. The aforementioned 4-speed gearbox spins a new drive shaft and a Nova 10-bolt rear end, so it's got great highway manners. There are new king pints, new brake lines and hoses, new shocks, and a rebuilt front end, so it drives great and sounds awesome with a true dual exhaust system fitted with glasspack-style mufflers. Plain steel wheels with hubcaps and wide whites are the perfect finishing touch.This is a fully sorted car that drives every bit as great as it looks. If you're looking for something a little beyond the usual Tri-Five, perhaps this sleek Styleline will fit the bill. Call today! 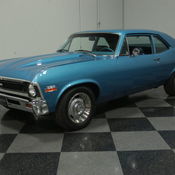 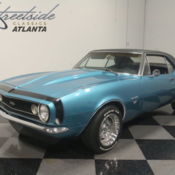 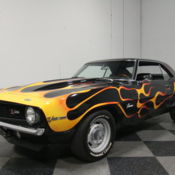 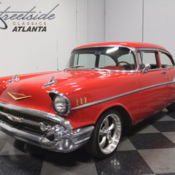 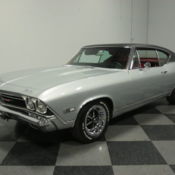 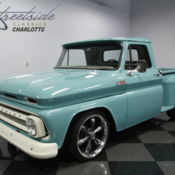 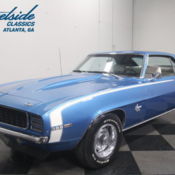 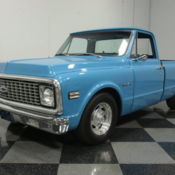 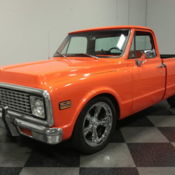 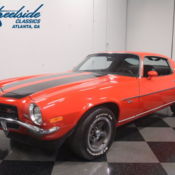