Rosner Motorsports is proud to present the fabulously restored 1972 Chevrolet Chevelle SS Clone. Produced from 1964 to 1977 in three generations, the Chevelle remains as one of Chevrolet's most popular mid-size and performance automobiles it ever produced. As the last year of the most popular, second generation series, the 1972 model year brought many popular styling and performance changes. 1972 Chevelles wore single-unit parking/side marker lights on their front fenders, outside of a revised twin-bar grille. All Malibus had concealed wipers. The SS equipment option requirements remained the same as those in 1971. The 1972 Chevelle series had wide enough appeal to qualify as America's second-best-selling car.

Our particular example was born originally as a Chevelle Malibu Sport and has undergone a complete restoration and upfitting to become an SS. As it would have come from the factory, our Chevelle wears full SS badging, a cowl induction hood, SS Wheels, steering wheel, and performance components. The car has also been fitted with a completely dressed 383 cubic inch stroker motor mated to a Turbo 350 automatic transmission. Complete with air conditioning, power steering, and power brakes, this Chevelle does it all.

Finished in Bright Orange Flame with matte black accent stripes and matte black hood accents, the exterior of the vehicle shows like new. Chrome bumpers, exhaust tips, and SS wheel covers further highlight the exterior. Like the exterior and running gear, the interior on our Chevelle has also been updated. Freshly reupholstered black leather seats with black and orange 'houndstooth' accents and SS embroidery highlight this great new interior.

Do not miss this opportunity to own such a great, freshly restored example. And with only 1,153 miles since its restoration, this Chevelle is like a brand new car! 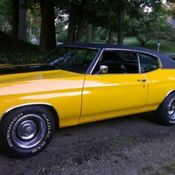 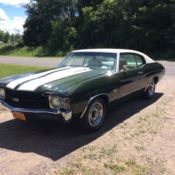 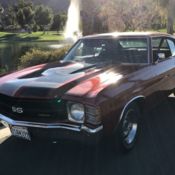 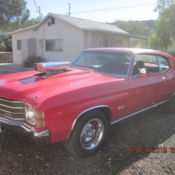 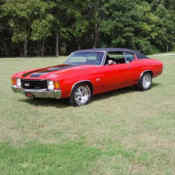 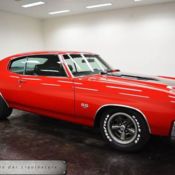 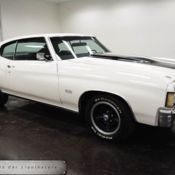 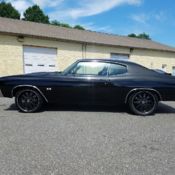 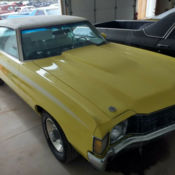 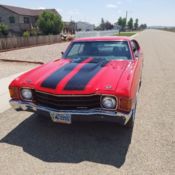