This 1967 Chevelle is just your average 427-powered heavyweight with a frame-off restoration and a perfect performance look. Oh, wait, never mind, there's absolutely nothing average about this car, it's off-the-charts phenomenal!Silver is an unassuming color, but who could resist the contrast between the brilliant Sebring Silver and black vinyl top and tail section? Add in the perfect stance, some giant rolling stock, and you have an ultra-slick cruiser that doesn't draw attention to itself with flash, but rather with substance. Of course, it certainly doesn't hurt that the bodywork is quite well done, with even panel gaps (which show up against silver more than almost any other color) and straight sheetmetal that's had a lot of attention lavished on it. There's a brilliant shine and while it has been driven, it certainly wasn't much, because this car still says "trophy winner" everywhere you look. Against the silver paint, chrome pops and neat details stand out in bas relief, like the crease that runs the length of the body, smoothly kicking up right below those dramatic flying buttress C-pillars. And we have to admit that keeping the black vinyl top was an excellent choice, adding contrast that makes this car look very grown-up.Keeping it simple was this car's formula, and the black interior keeps its part of the bargain. With a pair of bucket seats, 4-speed shifter and room for three in back, this is a car that lets the hardware do all the talking. It's all very neatly done, don't worry there, with new seat covers, fresh black carpets, and a snug-fitting headliner. The dash is beautifully restored with bright markings on the factory gauges, and it even retains the factory blinker tach in the original instrument panel along with the addition of a trio of auxiliary dials above the console. And speaking of the console, it carries a factory clock that's probably the coolest ever designed. A cool billet steering wheel has a black leather wrap just to give you something to hold on to when you crack open all four barrels, and an AM/FM stereo is there just in case you prefer to take it easy for a while instead. The trunk is also quite neatly finished with black carpets, so it has a much more upscale look than you'd expect.This car's real attraction, however, is the thundering 427 under the hood. Few more magical numbers exist in the motoring kingdom, and this one is built right: 11:1 compression, SRP pistons, a Crane Mother Thumper cam, a roller valve train and a big Quick Fuel 4-barrel carb on a Polished Edelbrock intake. It looks purposeful, with plenty of chrome and polished aluminum, but the upgrades make no attempts to hide themselves once the hood is open. Ceramic-coated long-tube headers with a 3-inch exhaust system and Flowmaster mufflers control its voice. It's linked to a bulletproof Muncie M21 4-speed manual transmission with a 12-bolt Posi out back stuffed with 3.73 gears, so acceleration is downright violent. The undercarriage sparkles and is as highly detailed as the engine bay, and offers upgrades to the suspension that really improve handling. It crouches like a predator on those staggered 18- and 20-inch Billet Specialties wheels with 225/40/18 front and 255/35/20 rear Hankook radials.Not quite stealthy enough to be a true sleeper, there's still no doubt that this Chevelle speaks softly and carries a big stick. Call today! 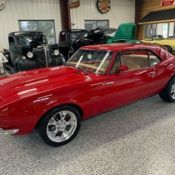 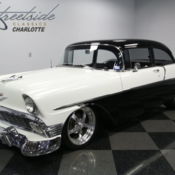 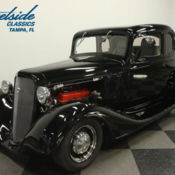 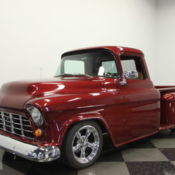 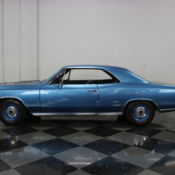 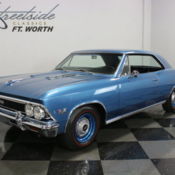 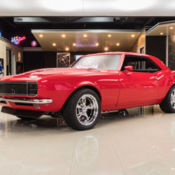 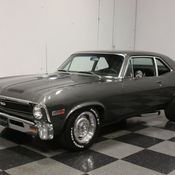 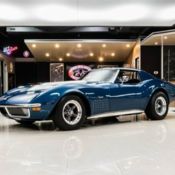 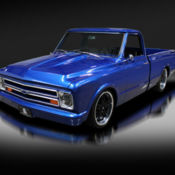