This is a '63 Vette that by all appearances was ordered by a real car guy. Andit appears to have been loved and cared for by owners of a kindred spirit its entire life. Numbers matching 340 horse 327, 4 speed manual, no power steering, no power brakes, rocket red (yes, that's not the official name), 4.11 gears; then added were a Hurst shifter, chambered exhaust and a Bonneville Salt Flats speed trials and Moon Equippeddecals. All this plus extremely meticulous repair and maintenance that shows a totalwillingness to make things right when they needed doing. Its really remarkable. And what you end up withis a Corvette with a real soul and one that's ready to get out there on the road and do what every Corvette was meant to do from the factory. An astute Corvette aficionado will notice things that are not absolutely correct to a '63 -- the hood, for instance -- but that's not what this particular one is about.

This Corvette has had only two owners over the last thirty years or so, and it most recent owner held on to her for more than fifteen of those. During this time, he kept the most meticulous records I've ever seen. Repairs were cataloged by date and "type" and acolumn of itemized costs sits next to a record of the running totalof all expenses from Day 1. Gasoline fill-ups, including odometer readings, gallons added and estimated mpg were also recorded. The original newspaper ad from which he purchased the car is there too! Its really remarkable and is a great thing to see if youtruly love classic cars. I've done some things to the car as well -- tires, brake servicing, etc. --and I've kept all the receipts so that the trend of record-keeping remains intact, though perhaps diminishedslightly in comprehensiveness.

As you can see from the photos, this appears to be a well-maintained, largely unrestored, driver's Corvette. If you are shopping for a Bloomington Gold, NCRS Top Flight, never-leave-the-garage Corvette, this one isn't for you. Its been used as intended, for pure driving enjoyment and excitement, with the appreciation of owning America's greatest sports car. I spent about a month running around in this beautiful car and its just awesome. It runs and drives like a road rocket, sounds great, and it carries with it a strong sense of those who have been its caretakers over the decades. As you'll see in one of the photos, I even left cigarettes in the ashtray, because who knows how long they've been there; but they are, like everything else on this car, part of its history.

We all get a little misty-eyed and romantic when we want a classic car, so I've added than 180 photos, use this link to my flickr page. Or better yet, come and check it out in person:

This car comes with the two tops, both of which are in nice shape, the correct '63 hubcaps, and loads of maintenance, ownership and repair records. On the day I took the outdoor photos, the passenger side headlight bucket decided to go on vacation, so that's why all the photos are with the headlights up, but that'll get fixed before she goes anywhere. And being that this is a 50+ year old car, of course there's no warranty whatsoever, its being sold "as is, where is". I can help you find a shipper and being that I'm in no way whatsoever a Corvette expert, make sure you satisfy yourself that this is the car for you before making an offer. I can provide a more detailed breakdown of the work that's been done on it over the years upon request. 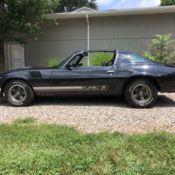 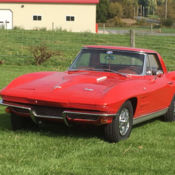 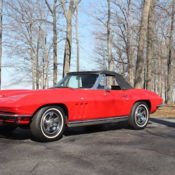 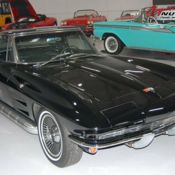 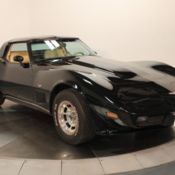 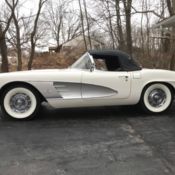 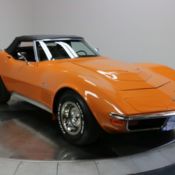 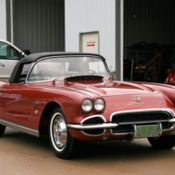 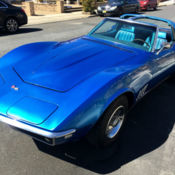 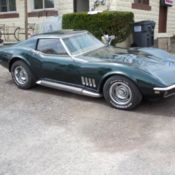