It's no secret that we're fans of sleepers here at Streetside Classics. You know, those cars that carry big horsepower in an unassuming package designed to catch their prey asleep at the wheel. Chevy Novas have always been popular candidates, with a vast majority of them carrying mild six-cylinder engines and living the lives of grocery-getters for grandma. They're also lightweight, and taking weight out is like putting horsepower in. And this one may assume unassuming, but it's anything but.The trim tag says this one is supposed to be a color called Green Mist, which is nice enough but not especially hardcore, so I'm relieved it's wearing that bright Viper Yellow war paint today. Bodywork is expertly done, and this is one of the straightest Novas we've ever featured. The car was clearly disassembled for the paint work, because there's no trace of the old finish anywhere and a bit of metallic in the yellow makes it glow like it's radioactive. There's a blacked-out SS grille up front, an SS insert between the taillights, and correct Nova script on the fenders, as well as the requisite black stripes. The chrome is nicely finished, and despite the resto-mod aspects of the car, the body is completely stock and the bright work is as the factory intended. Sometimes real talent lies in what you don't change as much as in what you do. There's also a cowl induction hood and a black vinyl roof, which ties in nicely with the black stripes and rub strips along its flanks.The black and dark green interior features high-back buckets that fit in perfectly with the Nova's performance attitude. It also offers a bunch of upgrades, including a center console with a trio of gauges, a trick B&M shifter, and a familiar column-mounted tach. Carpets are possibly original and there's a set of floor mats up front to keep them looking nice for years to come. Door panels, the dash pad, and the headliner are also in good shape, and there's a decent AM/FM/CD head unit in the original location. The trunk is finished with a rubber mat and carries a full-sized spare and jack assembly.Lift up the hood and you'll find a sparkling engine centered around a 355 cubic inch small block. Built using all the good stuff, this is no stock motor with some dress up parts, this is a street brawler ready for action. Based on a 4-bolt main block, it was bored .010 over, fitted with a forged crank and a set of forged aluminum pistons, and an Edelbrock Performer camshaft. The heads were ported and fitted with roller rockers, and it's fed by a Holley 650 CFM 4-barrel on an Edelbrock intake. A set of long-tube Hooker headers feed a Flowmaster dual exhaust system that sounds downright hostile. Underneath, you'll find a built TH350 3-speed automatic and out back the 10-bolt rear end appears to be original. The finishing touch is a set of 15-inch Rally wheels, handsome but not obvious, which wear 215/65/15 front and 275/60/15 rear performance radials.With the potent small block under the hood, this slick Nova SS has no problems backing up its good looks with impressive performance. So maybe sneaking around with dog dish hubcaps and a mouse gray paint job is overrated. Who wouldn't want to be seen in a car like this? Call today! 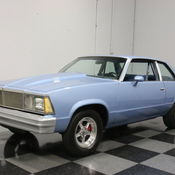 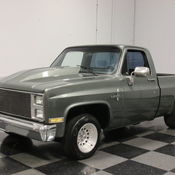 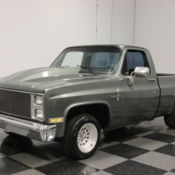 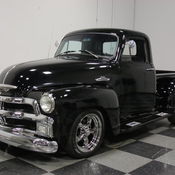 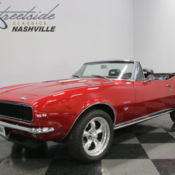 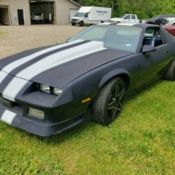 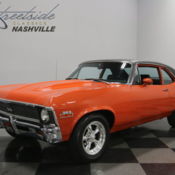 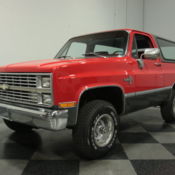 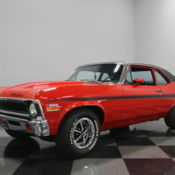 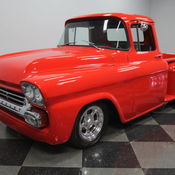