This ultra-clean 1968 Chevrolet Camaro SS tribute has impressed us all here at Streetside Classics. It's often easy to overlook subtle cars and it's only once you get up close to start to see just how nice this one really is. It also offers perks like A/C a gorgeous interior and lots of horsepower to match its go-fast look.The bodywork is awfully close to being ready for show with great excellent prep a deep shine and those painted on SS stripes that look great against the medium blue paint which is pretty close to LeMans Blue. It was carefully assembled too with good gaps and alignment throughout so it doesn't disappoint on close inspection. That cowl induction hood gives it an aggressive overall look and combined with the body-colored chin spoiler and ducktail on the trunk it looks fast just sitting still. Chrome is a combination of good original pieces and restored or replacement parts adding a little sparkle to the car's clean shape. A blacked-out SS grille and 350 badges give it a real SS look but with the way Chevy was doing their cowl tags there's just no way to know for sure. But at this point does it really matter? This one is just so much nicer than your average factory-grade SS.The bright blue vinyl interior is every bit as nice as the exterior and the bucket seats are still firm and supportive. Many enthusiasts favor the more interesting seat pattern of the '68s which shows more detailing than later designs. The center console features a trio of auxiliary gauges with white faces that complement the factory dials ahead of the diver. The steering wheel is a modern billet unit that's been anodized black so it doesn't jump out at you immediately but feels far better in your hands than the original skinny plastic piece. This upscale car also includes factory A/C which is easy to spot due to the round vents on either end which were included only on air conditioned cars and it's backed by modern components for easy service in the future. For entertainment there's an aftermarket AM/FM/cassette stereo in the factory location but no original Camaro dashboards were harmed in its installation. The trunk is clean and offers a fresh reproduction mat for a correct look.The engine is a sweet-running 350 with several aftermarket upgrades to add a little extra horsepower. Intake duties are managed by a 4-barrel carburetor sitting atop an aluminum intake while the exhaust is dumped by a set of long-tube headers. Chrome valve covers match the air cleaner but the rest looks pretty much like it might have in 1968. You'll note that the A/C system has been upgraded to R134a for easy inexpensive maintenance if needed. A TH350 3-speed automatic transmission combined with front disc brakes and power steering make it a pleasure to drive. The dual exhaust system uses a pair of mellow-sounding mufflers with just the right bark and the tips dump just behind the rear wheels just like the factory did it. And there isn't a better choice of rolling stock than original style Rally wheels wearing 235/60/15 front and 255/60/15 rear BFGoodrich T/A radials.So if you're looking for an incredibly clean early Camaro that you can show with confidence this summer look no further. Fully sorted fun to drive and loaded with options this Camaro won't last long so call today! 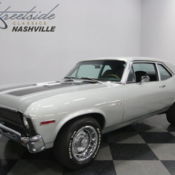 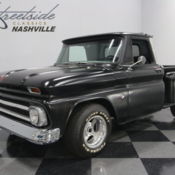 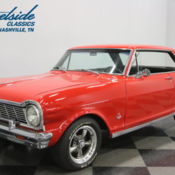 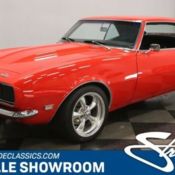 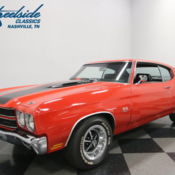 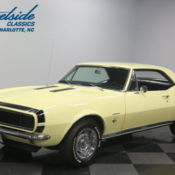 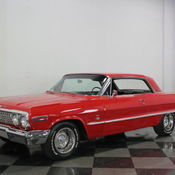 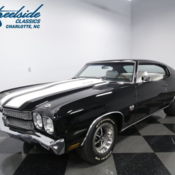 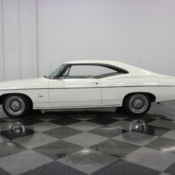 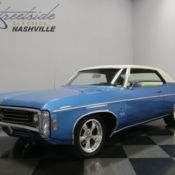