I purchased this car from Ebay around 2003. It was picked up and driven from Oceanside CA to Sacramento.

It has a huge 429 V8 engine that was built for 100 octane fuel. It has high compression of about 10 to 1. So Iâ€™ve always used the higher octane fuel.

Over a few years, my good friend (UTI Graduate) and I, worked to restore this car as best as we could. It has improved from the condition it was in when I first purchased it. I started by getting the transmission checked at a shop and they changed the filter. Fluid was replaced. The carpet was replaced in the car and the trunk. There are a few spots near the door jam where it was difficult to not end up with some openings. I installed some extra pieces to cover them. There is now some staining on the driver side of the new carpet. It has front and rear floor mats.

The radiator was re-cored with new tanks and repainted at a radiator shop. I replaced the carb with an edelbrok 1400 series 600cfm.It has an electronic choke. The air cleaner was changed to an edelbrok so I wouldnâ€™t have to modify the stock air cleaner. The original carb comes with the car and some gaskets if wanted. Same for the original air cleaner but it was repainted.

There was a heat riser for the old carb which was removed. And the connection for it to the intake manifold was tapped and sealed with a setscrew.The intake manifold, Exhaust manifolds, water pump iron pipe, was removed, sandblasted as a local shop and then painted with high temp engine paint silver and reinstalled. The exhaust bolts were replaced with high strength bolts with washers. Gaskets were replaced with new.

The water pump was replaced with a new one and a new thermostat valve.(Beware this job was very tricky to get a good seal at the top so Iâ€™d leave it be as long as possible.) New alternator was installed.

Replaced the existing exhaust system with a twin muffler setup from the headers to the rear. There are twin racing mufflers I bought from a guy who builds muscle cars and had some extras he didnâ€™t need. I believe they are dynaflowâ€™s but could be wrong. They sound great tho and both sides of the engine are separated. Added a radiator overflow bottle. New radiator hoses. Rocker covers removed repainted and new gaskets installed. Fuel filter replaced. This car actually has the filter from an A/C model so keep that in mind when getting spares. If the filter has a hole all the way thorough it, itâ€™s the wrong one.The gasket for the bowl needs replacement often so its good to make spares. The correct filter also uses a rubber gasket. I usually just buy both a/c and non ac filters and then use the parts I need from both. Fuel pump was replaced andI made metal fuel lines from the pump to the carb. The fuel pump is fed with a rubber hose and hose clamps under the car. There is a long section of metal line from the tank to the front of the car that is original.

Brakes were checked and all brake hoses were replaced and the fluid drained and replaced. Still using original metal wipers and they work. New battery and tray. Wires were correctly routed and grommets installed. I used a seat belt to secure the battery since the hold down doesnâ€™t fit. The batt tray was aftermarket and isnâ€™t an exact fit. New spark plugs and wires (could use a new set now some are showing exterior rust). New belts. The Timing was checked and adjusted to the specs in the service manual. The lights were fixed by going through all the wiring and cleaning corrosion on many of the door switches and electrical connections. I replaced many of the bulbs with new ones. New rear bulb dome covers. New gasket for the trunk. Some of the body was replaced to fix dents or damage. The rear left aluminum panel, the front right door, a nose chrome piece. I have the original door if itâ€™s wanted.

Comes with an aftermarket distributor cap and a upgraded spark system. Aftermarket Tachometer was installed and mounted in a non-permanent way to the front left dash. Rear dash behind the rear seats was taken out and a new wood piece was custom built to replace it that allows air from the trunk to enter the car.This was done to allow for a massive sound system. The delicate original piece in included with the car. The metal for the rear dash was not modified. Every effort was to get the engine in great running condition and to eliminate as much rust and dents as possible. The spare tire in the trunk is a very old original tire.

There is a set of front seat covers.

Issues: The car needs new rubber for the front right suspension arm and it currently pulls one direction when braking vs coasting or accelerating. The neutral safety switch for this car needs to be replaced. I have a switch that turns on the rear backup lights when I put it in reverse. It currently will crank in any gear position.

There is rust under the paint and its starting to cause some small bubbling in some areas. The chrome has rust pitting in some areas. There is a arch scratch in the windshield from the previous owner that was never fixed. The muffler shop installer placed the exhaust pipe under the frame instead of on the side of the frame so the tips scrape the ground if the car dips too low. We took the seats out and I got the power seat motor and gearbox working but currently, itâ€™s not working anymore. The gear box was re-greased. I think it needs a new motor. The rear seat has a small tear. The car is due for a oil change. When you fill the tank, make sure you are aware it is a vented tank and the auto stop function of the pump will not trigger. You have to stop the pump manually to avoid it over flowing.

This car is a joy to drive and floats over the ground. When you get on the freeway and hit 65, the car almost hydroplanes on the wind and it is very smooth. Itâ€™s time to part with her as I no longer have the garage space to keep her protected.

Good luck bidding and feel free to message me any questions you may have. 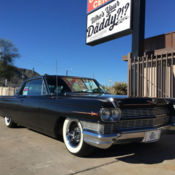 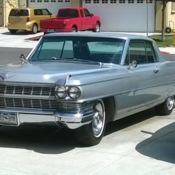 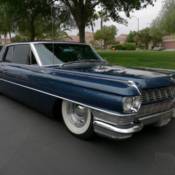 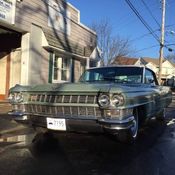 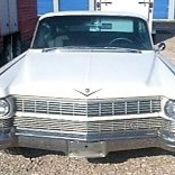 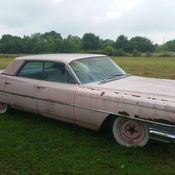 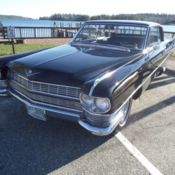 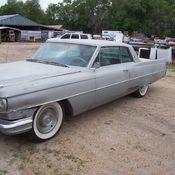 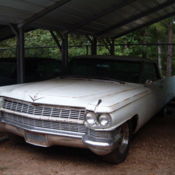 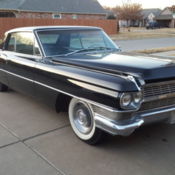