I bought her about five years ago from a Dealer in Mankato, Minnesota. She's been with me from Minnesota, to Florida and then back up to Minnesota. She was my daily driver in Florida, and then the summer car while in Minnesota. She's not seen any snow since I bought her, as she's been parked every November 1st (or earlier with snow) until April.
She's 100% original except for two things: The previous owner put in a big aluminum radiator, and I replaced the water pump. I have the original pump which I'll place in the trunk for the new owner. That's it. Everything else, paint, interior, it is all original.
Some options she has:FM Stereo Radio (Antenna works, Radio works)Automatic lights (Still works!) Sentinel system I think it is called.

I had the top half of the engine rebuilt about four years ago, and have the paperwork to go with it. I also have the Cadillac Shop guide to go along with her. When in Florida the sun was destroying the original paint, so I dipped the car to preserve the paint. It worked, but as you can see there is still some of the rubber that has not come off in the pictures. A little elbow grease will remove the remaining.
Even though she's on the bigger side, she can still dance when you step on the gas. She does however have some blemishes, which I'll list below:
1) No blower motor. The motor went out and was removed. It has not been replaced.2) The wiper motor (or the switch) has died. No wipers until that is fixed.3) The weather stripping is pretty much all turned hard with dry rot. You can see the effect of this in the Trunk picture, as the condensation is building up and dripping on the bed, leaving surface rust. It is still solid, but if not fixed, the surface rust will get deep.4) There is a dent in the passenger side door which you can see in the picture. That door locks from the inside, but the lock doesn't work with the key from the outside.5) There is a pretty large rip in the leather on the driver side seat. I'd guess nearly a foot or so. It is only on the driver side, but it is there. The foam underneath is exposed, hence the seat cover.
While she's still a great car, and if I didn't live in a state with snow for half the year I'd want to keep her. But I fear I'm turning into "that guy" who says he'll fix it, and never does. I don't want to her to get worse and worse while I keep pretending I'm going to fix it. She needs a new home. You could drive the car home when you pick it up if you wanted to. Tires have about 8000 miles on them, and are still good, about four years old. I just took her out today to run some errands. Handles like a Cadillac should - a sofa on the road.
Treat her right, and send me some pictures when you fix her up.Thank you!

No Reserve. She's worth what she's worth. 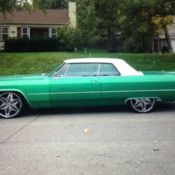 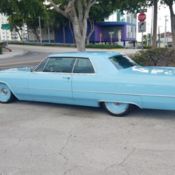 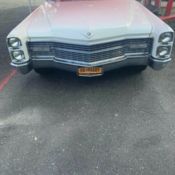 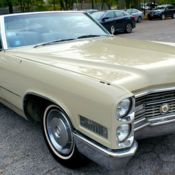 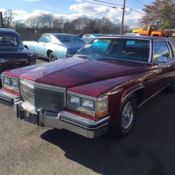 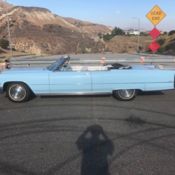 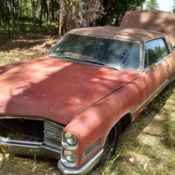 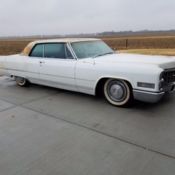 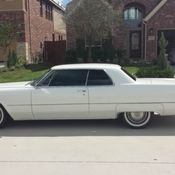 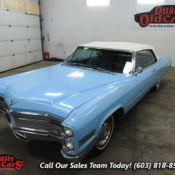