Ok, we have up for auction a 1959 Superior Cadillac. This is the Royale limo style combination. Obviously needs a restoration but these are hands down the rarest and most sought after funeral cars on the face of the earth today. This one is really very solid, the rockers, frame and quarters all look great. Definitly will need floor pans but in a car this rare its a small issue. Its pretty much all complete and all there, the missing door trim appears to be in the back. This particular car was a combination car which meant it could be a hearse or an ambulance.

This particular car has a neat history, its been in Texas its whole like and the old picture is a picture of it outside of Sanders Funeral Home, the same funeral home that did Buddy Holly's funeral. We have no idea if this was the car they used or if it was the one they owned previous to this one, we haven't found a definitive proof one way or the other but it stands to reason that only buying a new car every few years they would have had this one in time for the February funeral. Please, do NOT call and bother the funeral home, they've been bought and sold since then and there are no records from that era available or even in existence, we've already checked. They had photos of the car when they owned it but they couldn't verify the date the got it. Likewise the Buddy Holly museum says they currently have no photos of the funeral that show the car and have been unable to track one down, so far. Who knows what will be uncovered in the futur. So while were pretty optimistic this is the car that carried him, we cant say for certain. It is a neat concept though, a 59 Caddy hearse that carried a famous rock icon.

The windshield has a few cracks but is intact and the very rare corner windows and rear door glass are in great shape.

A couple of pieces of side glass are cracked but those pieces are just flat glass and any good glass shop should be able to cut though.

It appears all the curtain rods are inside and most of the "Superior" badges.

Has front and rear heat and the drivers side quarter panel air intake is there.

It had an aftermarket AC on it all of those parts are inside along with the radiator and the fan. The engine is all there but no idea what kind of shape its in internally. I never made an attempt to start it so I honestly cant say.

Dont write asking me what my reserve is or if I want to trade for a bass boat, or other random stuff. I don't. The only reason Im selling this car is because I need funds and Im not interested in ending auctions early or making someone a bargain. This is a 59 Caddy hearse, about as "big league" as you can get in the world of funeral cars and if you need a cheap old hearse, this one, or any other 59 is not the car for you. The value of this particular year is skyrocketing and they come up for sale less and less often, most ending up in permanent colllections.

You will need to arrange shipping at your expense. I need a non refundable deposit of $2000 within 48 hours of the auction closing and the remainder of the balance within 14 days. Once the payment has cleared and the funds secure Ill mail you the title.

Message with any questions or picture requests and Ill do my best within reason to accommodate. You can schedule a time to come look at it in person, our schedule is flexible and Im happy to let you see it in person. 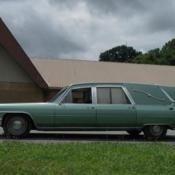 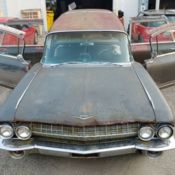 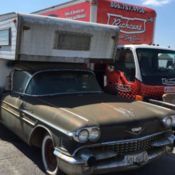 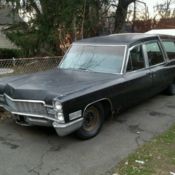 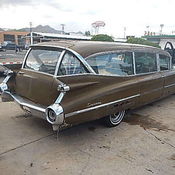 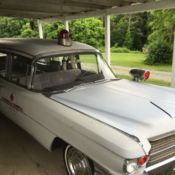 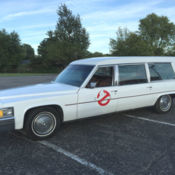 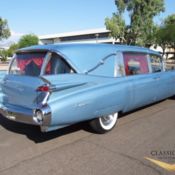 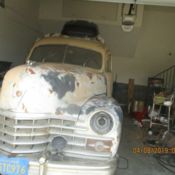 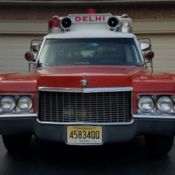