By 1974, the El Dorado of this style had been built for four years and was a solid, well-built car. Unlike it's more popular convertible cousin, it was rigid, much less wallowing, and sealed tight for a very quiet ride. These were the Cadillac sports car of the day. The styling statement was incredible, with the ultra long coffin nose hood and a trunk that would barely accommodate two golf bags.Even the rear seat (although comfortable) is vastly smaller than what you would expect in a Cadillac simply to carry on the long nose, short deck styling which this car is of an extreme example. The presence this car has at a stop light, car show, or country club is one of elegant menacing. The black paint, which is of show quality, is truly the appropriate color for this body style. The other 1970's colors of cinnamon, red, and beige, really detract from what this car is, and gives them a kind of grandma quality. The quality of the paint, the top, the interior along with the high performance engine and the slightly throatier exhaust gives this car real attitude and real presence.

Finishing: This El Dorado known as "The Pimp" has had extensive modifications to the engine - the engine was pulled, bored, decked, and the heads cut for slightly higher compression. It has extensive porting done to the heads, intake and exhaust manifolds. MTS cam backs all that up in a large bore exhaust turns the low compression five hundred cubic inch engine into a 520+ cubic inch hot rod Cadillac. Forged pistons, stress relieve crank and custom made dual snorkel air cleaner round out the package. New weather stripping, extra insulation, and all mechanical necessities upgraded or made new as stock makes this a nearly faultless Cadillac coupe. The paint is near perfect and presents absolutely flat and distinctive at car shows. Finally, a few custom styling touches: the hub caps appear as the 1976 with the color keyed centers, and a hugely upgraded stereo makes for a very pleasant modern driving experience.

This 1974 El Dorado coupe undercarriage shows the exceptional state of not only restoration but originality. Also it reminds of a few things I did to this car that I forgot to tell you about in the first narrative, namely the dual-inlet high performance muffler. Once again, as with all NGD cars, we present a rust free example laid bare for you in photos with extensive attention paid to the suspension, engine, and drivability. You can glimpse the electrical fuel pump which is a backup to the mechanical unit and that combined with the condenser fans and the thousands of hours invested in this vehicle makes this exceptional El Dorado drivable in all seasons. Also note the fresh C-V joints and the overall cleanliness of the undercarriage. Along with the modifications to the engine, the transmission was gone through and the level-ride system repaired and made functional. Recent service includes refreshing the oil, antifreeze, brake fluid, maintenance on the AC, greasing, and general overall service.

As with all NGDCARS offerings and unlike most collector vehicles, this car is completely drivable. Many collector cars are just shiny, pretty things, this one is beautiful and is fully capable of being driven and enjoyed. 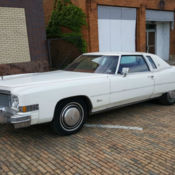 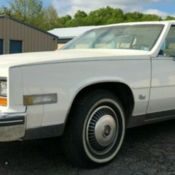 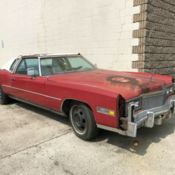 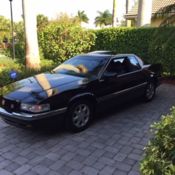 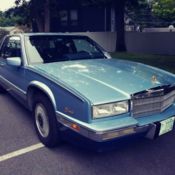 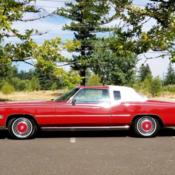 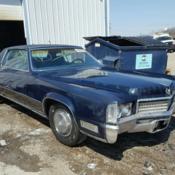 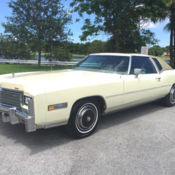 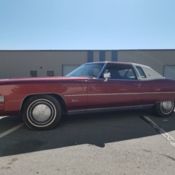 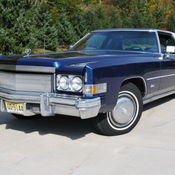