A Cadillac convertible with fins, what more could you want? I have owned this Eldorado since 1987. We primarily used it to cruise around town and for parades. I have collected Cadillacs over the years but am getting older and I can't keep them all.Here is an opportunity to own a classic rare Eldorado Biarritz. It was originally sold to Rickenbaugh Cadillac in Denver Colorado. I believe I am the third owner. The original window sticker is included with the sale of the car. The owner's manual and some of the service records from the seventies and eighties are included. Cadillac only made 1825 of this model in 1963, the tenth-year anniversary of the luxury Eldorado in 1953. It has the sporty bucket seats with a center console.

It has a 390 engine with an automatic transmission.Both engine and transmission were rebuilt about 20 years ago. The car runs and drives but has been sitting most of the time since the engine was rebuilt. The engine has developed a noisy lifter over the years. A new master brake cylinder has been installed. However, the brakes still pull a bit when applied and steering is a bit loose at the steering wheel. Just had the chassis serviced and fluids changed. The tires are a matching set and don't have many miles on them. They were put on about 10 years ago.

The interior is in decent shape.The front and rear seats were reupholstered in off white leatherette. The black carpet was replaced. The vinyl was replaced on the front and rear door panels. The kick panels under the dash are missing on both sides.The dash is original but is cracked. The wood veneer is original but does need some attention. The convertible top is there and white in color and was fine when it was put down. I put it down a few years ago and it didn't go back up. I rarely put it up so I didn't get the top fixed.Don't know what the problem is, most likely the pump. The rear window on the top is plastic, has faded and is torn. Windows are rolled down and are currently not working.I have a master window switch that I will include. I have never had the heat or a/c working, nor has the radio worked.The interior door pulls on both doors are missing.(see pictures)

The body is in fair shape. It was painted yellow back in the nineties and the paint is still glossy. The door jams and inside of the trunk lid where painted yellow at that time as well. The paint does have some chips and small dings. The original color was a metallic green and can been seen in the truck floor.The body is fairly straight. It does have some rust bubbling on the rear quarter panels. It also has some rust bubbles of the front fenders, door bottoms, truck lip, etc. The trunk pan has some rust in the right hand side. (see pictures for rust)Some chrome is missing including: Passenger's side door, passenger front fender upper and lower, driver's side front fender lower.

This Cadillac is in no way a show winner. I have enjoyed it as a driver and have loved taking it to drive inns with my family and friends.Feel free to call801-910-7118or email questions toBob.York@maverik.comI'd be happy to send more specific pictures upon request. If you have zero feedback, email me before you bid. The car is sold as is where is. The buyer is responsible for all shipping costs. I am willing to drive the car to a local transportation terminal as arranged by the buyer. A $500 deposit is required from the winner of the auction within 48 hours of the auction ending and full payment within 7 days of auction close.

This Cadillac is being offered at no reserve.To make it fair for all interested,it will sell to the highest bidder. Please don't ask if I will end the auction early to sell at a buy it now price. 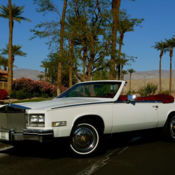 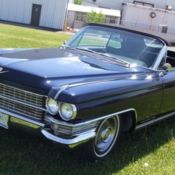 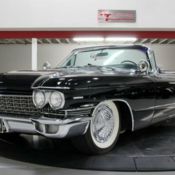 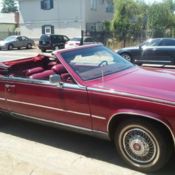 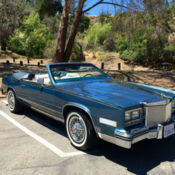 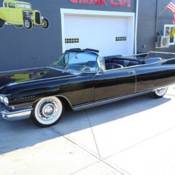 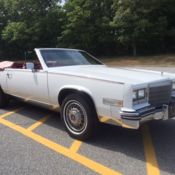 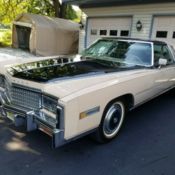 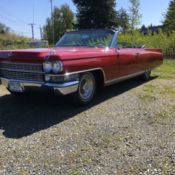 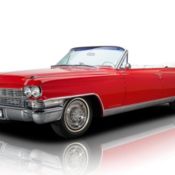