GR Auto Gallery is pleased to present this one owner 1987 Buick Grand National.This incredible mostly original vehicle comes in a spotless black paint job complemented by an immaculate gray interior. Powering this Buick is the legendary 3.8L Turbo V6 motor mated to an automatic transmission. Helping the GN breath a bit better is an upgraded Garret TB0348 turbo and a GNX intercooler. Additional upgrades included with the vehicle is a Kenne Bell ram air intake system and various extra parts. Standard features of the Grand National include power brakes, power windows, power steering as well as working heat and A/C. This vehicle comes to us from the original owner who purchased it while working for Garrett in the 80's. As such, it has always been properly maintained and stored. Some of the more recent maintenance includes a new radiator. The Buick Grand National platform is becoming increasingly harder to find. Don't miss your opportunity to own one because you may not get another. Please call or email us today for more information.
In 1982, the Regal Grand National debuted, which was named for the NASCAR Winston Cup Grand National Series (the "Grand National" term was part of the Cup series nomenclature until 1986). Buick had won the Manufacturers Cup in 1981 and 1982, and wanted to capitalize on its success: "What wins on Sunday, sells on Monday". After a brief sort of experimental run, the Grand National returned with an ahead of its time turbocharged 3.8 liter V6 matching power of the big V8's. While restrictions were high at the time, these mean road warriors were definitely in the front of the muscle car pack in the 1980's.
To see over 80 photos of this car, including under carriage please visit our website br/- 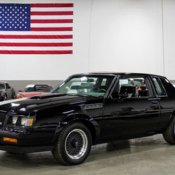 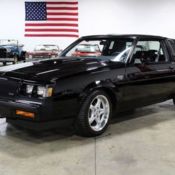 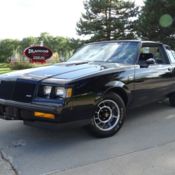 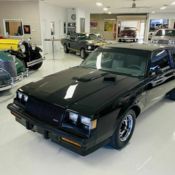 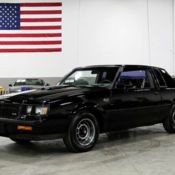 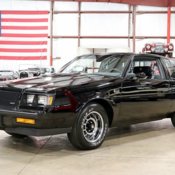 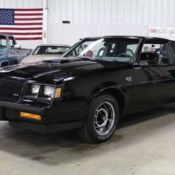 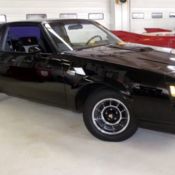 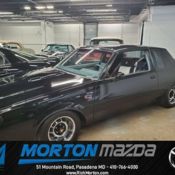 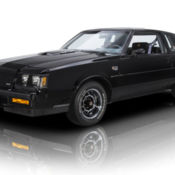