GR Auto Gallery is pleased to present this head turning 1953 Buick Special. This gorgeous vehicle comes in a clean green paint job complimented by a comfortable gray interior. Powering the Special is the legendary 320ci Fireball 8 cylinder motor mated to a smooth shifting automatic transmission. This powerplant is believed to be the original numbers matching Fireball motor. Features of this Buick include power steering, working heat, A/C and more. Recently this vehicles has been inspected and given a... clean bill of health from a local mechanic shop. Additionally, any issues found during the inspection have been addressed with receipts to show the work. The Special comes to us from a private collection. As such it has always been properly maintained and stored accordingly. So, if you're in the market for a clean classic machine, this Buick is sure to not disappoint. Please call or email us today for more information. Halfway into the 1949 model year, the Specials received all-new bodywork, the first fully postwar design for the series. New was also the 40D-series, a better equipped version called the Special DeLuxe. The engine remained the 248 cu in (4.1 L) which had been used since 1937, but for 1951 this was replaced by the larger "Fireball" straight-eight. A two-door hardtop coupe was also new for 1951. The 1954 Specials had an all-new body and chassis, much wider and lower, and were now equipped with the all-new, more powerful "Nailhead" V8 engines. 1949-1957 Buick Specials had three VentiPorts while more senior Buicks. r. Earlier versions had a "Sweepspear" inspired character line alongside the body, while later versions had the "Sweepspear" moulding attached to the side of all models. 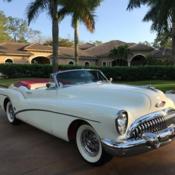 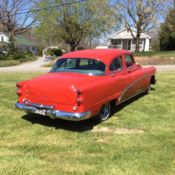 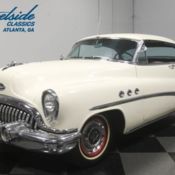 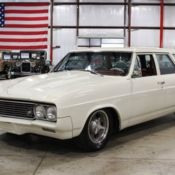