Up for sale is a 1964 Buick Riviera, one of the most beautiful body styles of the 60's. The car had been sitting indoors for a couple of decades on the east side of Cleveland.It originally came from California and is very solid and rust free. The previous owner started working on it,brakes,rear end rebuilt,front suspension,ball joints and shocks all around. Then decided that the car wasn't his cup of tea, it was too new for him.The engine was toast and a 2000 LS1 with a 4L60E transmission was installed along with radiator and electric fans. The engine has an ac compressor that could be hooked up to the factory or aftermarket system.The shifter from the donor car was installed in the factory Riviera console. The original tank was left in place and an inline fuel pump and regulator was installed. A new exhaust system was installed. Brand new tires installed but the wheel covers in the pictures do not come with the car but a set of 1964 correct Riviera hubcaps will.
The vehicle runs great,starts every time and has no leaks. The engine and transmission throw no codes/ no check engine light. Speedometer not working but Dakota Digital has an converter that changes the electronic signal to gear driven speedometer. I used speedometer phone app.I'm still tracking down an exhaust rattle. The paint is old and worn as is the interior. The headliner has seen better days.The trunk is bare with just paint. Some interior lights not working.The bright work is driver quality but very presentable.
This car is a project vehicle but is kind of awesome the way it is or can be taken to the next level.Any questions please ask. 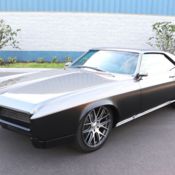 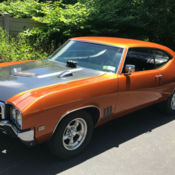 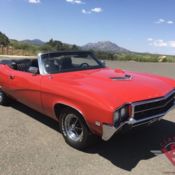 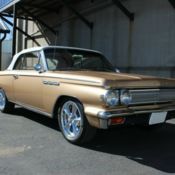 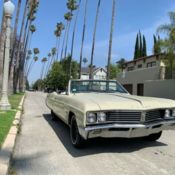 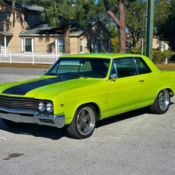 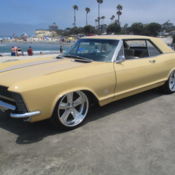 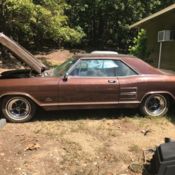 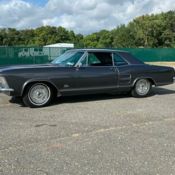 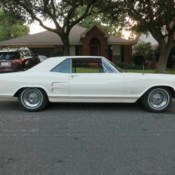