This is a collection of Buick Rivieras - project cars - and a large volume of parts. There are seven cars in all. Everything listed is located near Olympia, Washington. For title info on each car, read below.
The first one - the gold one - is a 1969 which my dad and I restored and customized, non-professionally - some years back. It has been a regular driver for me (and still is) and I have enjoyed it immensely. It has a urethane (Deltron) paint job which is now more than a decade old. ALL trim was removed to paint it. The front seats were professionally re-upholstered using ORIGINAL fabric. It is very nice for a driver, but it IS NOT A SHOW CAR. It looks great at 25 feet. It has a tendency to make young women squeal. Power windows, but not locks. It is equipped with A/C which is no longer functioning. IT FEATURES a 1967 SWITCH-PITCH transmission with a two stage torque convertor. It is controlled by a momentary switch on the shift handle on the CENTER CONSOLE. It has been updated with the 1970 SINGLE-PISTON disc brake system, which has been filled with DOT 5 silicone brake fluid since it was installed. It has cornering lights and the extended stainless gravel shield option. Although this is a high mileage car, it is tight and quiet. Odometer shows 74,000, but I am certain it is at least 174,000. Have clear title.
The second one - the red one - is a low mileage 1969 example that runs and drives. Odometer shows 22,265, and the way it rode, this could be the total, but it may also be 122, 265. I use to use it quite often, but it has been sitting recently, and should have the brakes looked at. The paint job is poor. I don't know who did it, but it is very low quality. It is basically original. It has aluminum drum brakes, but I have a complete set of discs available for it. The interior is base model - white buckets with crank windows, and is rather rough. It has a center console as well, and I believe that I have enough parts to give it an upper end black interior, including factory door panels. I also have a switch pitch tranny for it, as well as the gravel shield option. I have clear title.
The third car - the blue one - is also a 1969, and was my project in process. It has been painted - non-professionally - in Deltron Urethane, and has had most of the trim attached, including the extended gravel shield option. It has been in my shop for several years awaiting completion and is dusty. The buckets have been reupholstered, and it has a center console as well. The single piston discs are installed. It has no motor in it, but I have a switch-pitch tranny for it. Odometer shows 66,800. Have title.
The fourth is a light blue 1969 shell in fair condition. It is full of parts. Odometer reading rather irrelevant. Have clear title.
The fifth is a brown 1968 "core" project/parts car. Odometer reading rather irrelevant. No title, but can work some documentation out.
The sixth is a 1970 with brown bench interior. it is in fair condition. Odometer reading rather irrelevant. No drivetrain. Have old title, not in my name.
The seventh is a 1970 with black buckets and center console (on trailer). Probably little more than a parts donor. No title, but a junkyard receipt. It has a full drivetrain in it, but hasn't run for many years.
PARTS: I have lots of front fenders and a few doors. I have no less than four extra front bumpers and four extra rear bumpers (a couple might be 1968). I have several transmissions (short tail) beyond the switch pitch mentioned. There are no less than four 430 engines, and maybe as many as six, including the two that are now running. There is a pair of 68 bucket seats.
I have BOXES of parts, and more, from two rusted out Rivs (I think both were 68s) that I stripped before trashing: windows and tracks, chrome pieces, wiring, electric motors, interior parts, exhaust, ect. So, be aware that most of these parts are USED, although there are a few new one in there. You will need more than a pick-up truck for this stuff.
I will sell the 1968 or two 1970 cars separately, but the 69s go as a group. 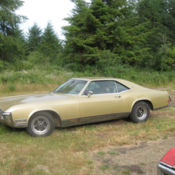 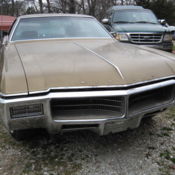 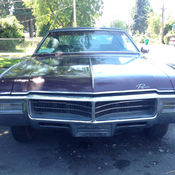 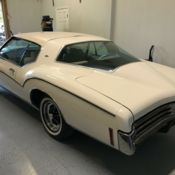 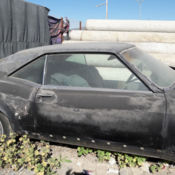 1968 Buick Riviera For Parts, No Motor, No Trans, No Title 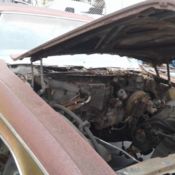 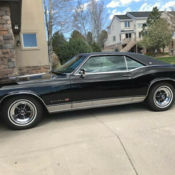 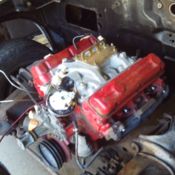 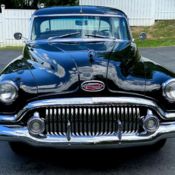 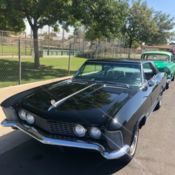