This 53 is a beautiful car that my father purchased in 1983. My dad was a avid car collector and enjoyed showing his cars. This car was in excellent shape when he bought it but he thought the white color was drab so he had it professionally painted this gleaming green that you see here.I included a couple of pictures of some of his trophy's and dash plaques that he received for this car to show how pampered it has been for the last 30+ years. Whenever he showed it he always came home with a 1st or 2nd place award. In 2003 it was entered in the Antique Automobile Club of America show in Superior WI and received 372 points out of 400. I have some documentation including an appraisal in 2004 that estimated the value back then to be 16,500. This car has 74,785 original miles which is less than my wife's 2014 Nissan.
Although this car looks beautiful at any angle it is not a trailer queen. My dad drove his beloved car to all the car shows and events. I know he had the transmission rebuilt but I do not know what year. Because this car sat for long periods of time he had an inline fuel pump installed. It still runs great today but for some reason the inline pump needs to be on while its running. Since I have had the car I try to run a tank of gas through it each year just to keep everything running properly. In 2010 I brought it in to get a fresh tune up. They changed the plugs, wires Distributor cap & rotor along with the points.
During one of his shows a local artist was so taken with the 53 he painted it on canvas, 6 months later my brother seen the painting which had the license plate on it. He bought the painting and gave it to my dad for Christmas.My father was actively involved with the Buick Club of America so when Buick reintroduced the Roadmaster in 91 they asked him to display his car next to the "new model" at the show. These pictures were taken with my cell phone so they are not the best resolution but I took over 100 pictures of the car and all of the related items. If you are interested in seeing those pictures please email me and I can send them to you. The car comes with the original manual, magazine adds and brochures from 1953. Everything I have for this car goes to the next owner. This car needs to go to someone who will take care of it and cherish it the way my Dad did.Please only bid if you have the money to purchase it.I will only take cash or Pay Pal. No credit cards or cashiers checks will be accepted. I will assist the transport company of your choosing as much as I can. Successful bidders need to deposit $1,000 within two days of bid closing. Title and car will be released once funds have cleared. I am also listing this car locally so if no bids are present I reserve the right to pull this add. Thanks for looking and good luck. 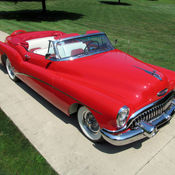 1953 Buick Roadmaster Skylark Convertible. ONLY 1690 Ever Built! NO RESERVE!!! 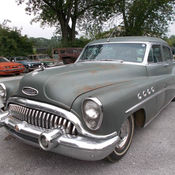 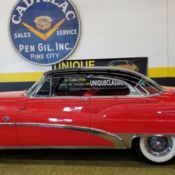 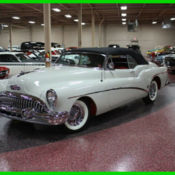 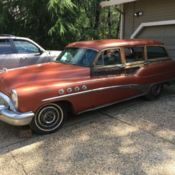 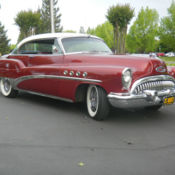 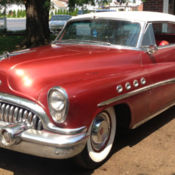 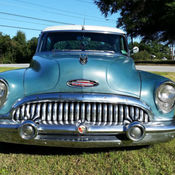 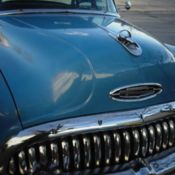 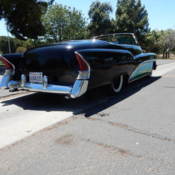