Here is a 1991 BMW 325i E30 coupe in blue. It has a six cylinder and an automatic transmission. The body is generally straight and rust free, specially for a 1991. There are only two rust spots that I have found, ne is on the drivers front wheel well and the other is the lower rear valance, elow the bumper on the passenger side. The fenders, oor seams, oor jambs are all solid with no signs of any rust. I have owned the car for three and a half years. It has been a great car and has never let me down.
The actual mileage is unknown. The odometer currently reads 189000. The previous owner estimated that it probably had a little over 200,000 miles. I have probably added 25,000 to 30,000 miles to this. I commute approximately 70 to 80 miles a day and drive this regularly during the Spring, ummer and Fall. I have driven in the Winter but try not to when the roads are salty.
The power windows and sunroof operate as they should.
It is an honest, olid original car. It runs pretty good, owever, here is often a hesitation on acceleration from a stop.
Since it has been in my care, he following items have been addressed.
1. Rebuilt front suspension, ncluding having the steering rack rebuilt, eplacing tie rods, ontrol arms, ushings and stabilizer links. The power steering hoses were also replaced with new.
2. Replaced the drivers side rear wheel bearing, alf-shaft and bushings. The rear subframe bushings have not been replaced and I suspect are original.
3. Rear brakes were done with new rotors, ads and brake hoses.
4. Rear differential fluid has been replaced.
5. Replaced the muffler and catalytic converter.
6. Replaced the driveshaft with a used driveshaft. There is a slight driveline vibration on takeoff, ut that may be due to the driveshaft coupling nut. I have a new one with rubber spline seal, t will be included with the sale for the new owner to install.
7. Tires are in excellent condition, hey were replaced a little over two and a half years ago. Alignment was performed when the front suspension was rebuilt.
8. In the engine bay, he rubber intake boot, acuum lines, ap and rotor, park plugs have been replaced with new. The timing belt and water pump should be replaced soon. I have a new timing belt, ensioner and water pump, hich will be included for the buyer to install.
9. Blue coir floor mats were purchased 3 years ago.
Since it is an older car, here are several items that could use attention.
The drivers seat leather has come apart this Summer and the foam is exposed.
The A/C doesn't currently work. It hasn't worked since I have owned the car.
The original paint is dodgy with a peeling clear coat on the hood, oof and trunk lid.
Some spares I have will be included with the sale,
1. BMW black vinyl sport seats (they will need to be recovered)
2. Original rear seat back (optional rear seat back with headrests are installed)
3. New timing belt, ensioner and water pump
4. Drivshaft coupling nut with spline rubber
With some finishing touches like a decent respray and new seat leather for the front seats, his would be a great classic driver.
This lovely little auto gets attention where ever I go. It's not super quick but is a blast to drive since it handles like a go cart. 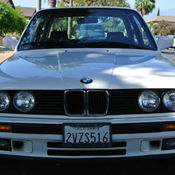 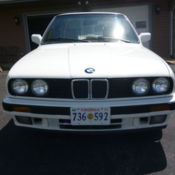 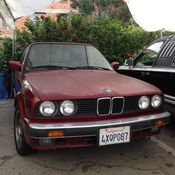 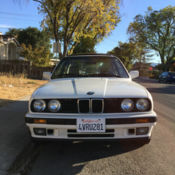 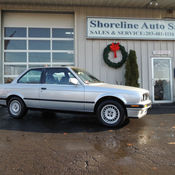 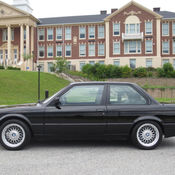 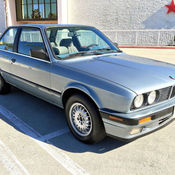 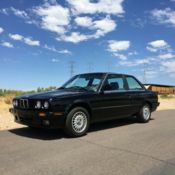 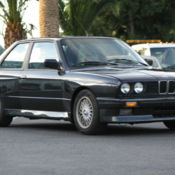 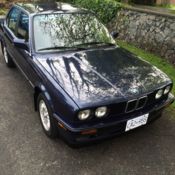