Selling my 1984 BMW 528e. I am going to disclose everything I know about the car. I do not have a service history since new. I purchased this car on a whim and have been driving it since. It runs and drives great and shifts as it should. All the power options works including power windows, locks, and power sunroof.. Yes the power sunroof works fine and does not leak. The cruise control works as it should and the windows work as well. The rear windows do go up slowly but they still work. The A/C has been converted to R134a as noted in the pictures. The A/C pump kicks on and the return line gets work but it does not seem to be as powerful as before so assume it needs a charge. The good news is that it has been converted.

Stuff done recently:1. New oil pump2. New oil sending unit3. New tires (dunlop about 3k miles ago)4. brakes about 3k miles ago5. New radiator6. New heater blower motor7. New speed and crank position sensors
Runs and shifts great as is it should with no known issues and I would drive it anywhere and do drive it alot.

Known issues- after extended idle in traffic the oil pressure light flickers. I spent over $1000 chasing this problem with new oil pump etc. only to be told by a BMW enthusiast that it is normal and actually stated in the manual as such. He was right and I posted the manual picture where it discuss this as normal operation. The good news is the mechanic checked all the rod bearings etc when he did the pump and said it was good.
Has some rust starting in areas around fender wells and somebody touched up some spots and minor body work in some areas. It looks like the car may have been repainted but I really do not know. I do not have a history on the vehicle. I am sure you will find some areas of rust if you inspect more closely but it appears to be mostly solid. I see no evidence of rust in the floor pans or under the car but I am not an enthusiast and telling you what I know.. Expect some secrets as it is a 36 year old car.
The A/C needs charged but does run and does appear to do some cooling.. worked great last year so who knows but pump comes on. The temperature gauge normally works but will flicker sometime and act strange. It is not overheating and you can just tap the dash and boom works again. The tachometer is lazy at best and some days barely moves. The speedo, odometer and all other stuff works as it should.
Has a rip in the front driver seat covered by the seat cover. All other seats seem fine. I have the original manuals and currently has an Apline radio that works fine. The power antenna does not work and stuck in the up position.
DO NOT EXPECT A SHOW CAR IN NEW CONDITION. This is an old BMW that I drive. Selling as is and feel free to ask questions but this is what I know. 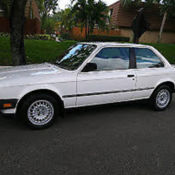 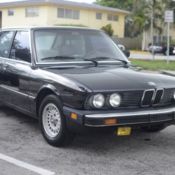 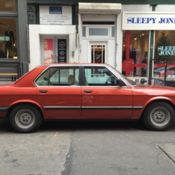 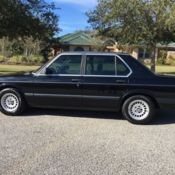 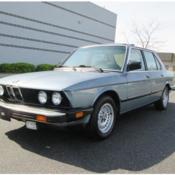 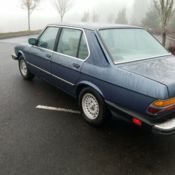 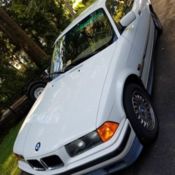 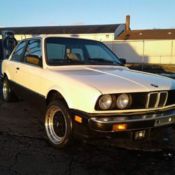 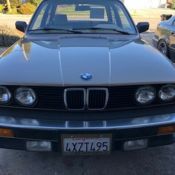 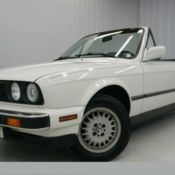