1991 BMW 325iC
With just 51k miles, his is a very rare opportunity to own a hard to find and quickly appreciating low miles classic BMW E30 325i Cabriolet! It is a 1991 model year, orn on December 14, 990. The engine is the 2.5L inline 6-cylinder and it has an automatic transmission and a locking rear differential (LSD - limited slip differential). It has a rare color combination of Cashmere Beige Metallic (Kaschmirbeige) with Natur leather interior. The front seats are the Recaro sport style and they have factory original and working seat heaters. The interior still looks nearly new and still has the new car smell. It has a very hard to find brown power convertible top, nd since this car originally had a factory hardtop installed for most of its life (unfortunately the hardtop is no longer with the car), he original canvas wasn’t exposed to the sun or elements and still looks new. The power top works perfectly. All of the lights and windows work and there are no check engine lights on. The only thing that isn’t a factory option for this car is the radio which was changed out by a previous owner. We purchased this car several months ago and I had originally planned to do the few things that it needs to be a showroom condition car. Since then we had to come up with the funds to pay off an investment property. We also have a baby on the way so the best thing for now is to sell the car as we don’t regularly use it and my play funds are now nearly non-existent. I don’t have a lot of history for the car and I wasn’t able to secure any of its service records, ut I’ll do my best to describe what I do know. From what I gather, e’re the third or fourth owners and the car has not been regularly used for close to ten years. It sat in a garage most of the time. I think the original owner ordered the car (her initials are still on the drivers door in the pin striping) and owned it until 2005. Even though the car doesn’t show any accidents on the vehicle history report, he drivers front fender, ront bumper, ood and valance are not original to the car. Those parts have a slightly different shade and the paint is of lower quality. There are some door dings, cratches and scrapes here and there, ost of which are probably from sitting in the garage and things being bumped into it. There are some curb marks on the wheels and the tires feel a little out of round from sitting although the tread is still at nearly 100%. The exhaust sounds a little louder than it should be like the muffler is starting to go bad. There doesn’t seem to be any exhaust leaks. I notice a few drips of either red transmission or power steering fluid wherever the car sits. The AC clutch engages and the pump runs but it doesn’t seem to get cold. I’ve tried my best to describe any faults that I have run across with the car. The car is after all almost 25 years old and since it has been sitting for an extended period of time and due to the fact that we’ve not driven it regularly, here may be other things that I haven’t noticed. The car is sold as-is, here-is. I encourage anyone who is in the area and interested in seeing the car to contact me and I’d be happy to arrange a time to show it to you.If you are interested in a link to the high resolution photo album, lease send me a message.


-----
I reserve the right to end the auction early. A $500 non-refundable deposit via PayPal is due within 48 hours of auction close. Unless other arrangements are made, he balance is due by cashier’s check and vehicle pickup is to be completed within 7 days of auction close. Vehicle transport arrangements and costs are to be made and paid for by the buyer.
On Aug-27-15 at 23:11:40 PDT, eller added the following information:

Another thing to mention about the car. Among the typical door dings, cratches and scrapes, he most notable dent is on the passenger side rear wheel well. You can see the damage in the photos. Please click on one of the large photos in the listing description which will link you to my photobucket album which has 62 high resolution photos of the car. If you have any questions, lease don't hesitate to send an email and I'll do my best to answer them quickly and to the best of my knowledge. 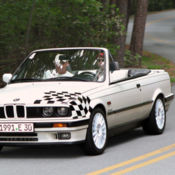 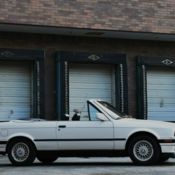 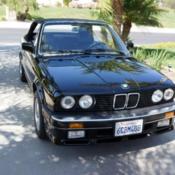 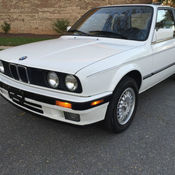 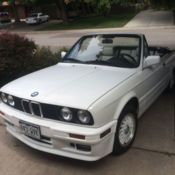 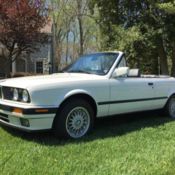 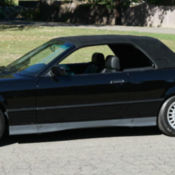 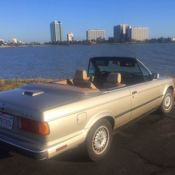 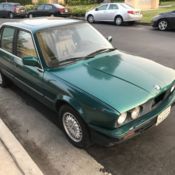 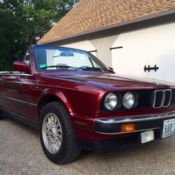